The arrival of the coronavirus ended even that trickle of demand, tearing up the growth plans of the owner, CR International Airport SL. But rather than face the prospect of collapse, the company reinvented the hub as a home for grounded planes, with capacity to store as many as 300 through a series of renovation projects.

“When the pandemic hit, right after the end of the the hunting season in February, we received dozens of requests to stow planes,” said Francisco Luna, CEO at CR International, which bought Ciudad Real in 2016.

The main taxiway has already been converted, and accommodates about half of the almost 80 jets parked at the hub.

“Three more reconstructions are underway to allow for more arrivals,” Luna said, adding that the hub “is profitable.”

Ciudad Real’s pivot comes as more than 8,100 planes sit idle around the world, or 31% of the global fleet, according to aviation database Cirium.

An expected resurgence in international travel hasn’t materialised, as fresh waves of infections and travel restrictions kill demand from the United States to Australia.

Meanwhile smaller airports are facing a financial crisis of their own, with one in four European hubs struggling to stave off insolvency without state help, according to Airports Council International Europe.

Another Spanish beneficiary of the excess of grounded planes is Teruel airport, 275 kilometres (171 miles) east of Madrid, which expects revenues to increase 25% this year in part due to plane storage.

Regional and city authorities own the hub, which was designed to maintain, recycle and stow planes.

France’s Chateauroux Airport near Paris is another to have become more focused on storage than travel, even turning away airlines seeking to store more planes.

Located about 220 kilometres southwest of the Spanish capital, Ciudad Real was built to reduce the high volumes of traffic using Madrid’s main airport.

Yet after investment of hundreds of millions of euros, the anticipated demand never arrived and it was shut down in 2012, even serving as a movie set for Spanish director Pedro Almodóvar.

Like other hubs that mushroomed across the country during a real-estate bonanza in the early 2000s, media have dubbed it a “ghost airport”.

CRIA, as CR International is known, resumed operations in September 2019, with a business plan based on attracting cargo flights, plane maintenance and private jets — of which about 300 landed before the virus hit.

“Before the pandemic, we started to build four hangars,” Luna said, “They should be ready in a year, as we expected logistics and maintenance to represent 90% of our revenue. But right now 80% of it is coming from parking.”

Spain’s passenger traffic was down 80% year-on-year in September, and airports such as Castellon, on the Mediterranean cost, and Lleida, in the northeastern region of Catalonia, have also started to expand their parking and maintenance facilities. Their combined traffic was just 184,000 travelers in 2019, while 26 airports recorded more than one million each. 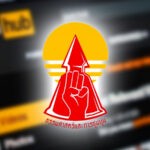 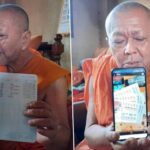