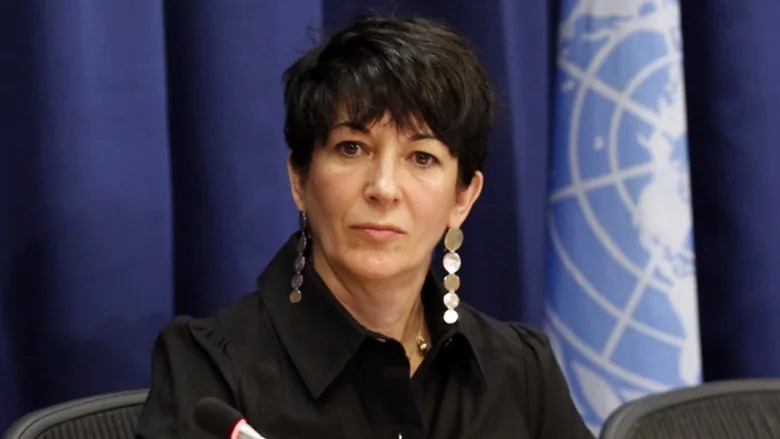 Ghislaine Maxwell has been sentenced to 20 years in a US prison for helping former financier Jeffrey Epstein abuse young girls.

Maxwell, 60, was convicted in December of recruiting and trafficking four teenage girls for sexual abuse by Epstein, her then boyfriend.

One of her accusers said outside the court in New York that she should stay in prison for the rest of her life.

Epstein killed himself in a Manhattan jail cell in 2019.

He had been awaiting his own sex trafficking trial.

Ghislaine Maxwell’s crimes took place over a decade, between 1994 and 2004.

“Ms Maxwell worked with Epstein to select young victims who were vulnerable and played a pivotal role in facilitating sexual abuse,” she added.

She said the case called for a “very significant sentence” and that she wanted to send an “unmistakable message” that such crimes would be punished.

Maxwell, whose lawyers had argued for a term of less than five years, looked straight ahead and showed no emotion as the sentence was passed in front of a packed public gallery.

Earlier, she addressed her victims. She said she empathised with them, adding that she hoped her prison sentence would allow the victims “peace and finality”.

Maxwell has been in custody since her arrest in July 2020, held mostly at Brooklyn’s Metropolitan Detention Center.

The case against the British former socialite has been one of the highest-profile since the emergence of the #MeToo movement, which encouraged women to speak out about sexual abuse.

The most shocking moment came when Ghislaine Maxwell stood up to speak.

She addressed the victims directly – saying “I’m sorry for the pain you have experienced”.

She said she hoped they could now look forward and not back.

She called Epstein a manipulative, cunning man who fooled all in his orbit.

At the top of her statement, she said it was hard for her to address the pain and anguish. She said she wanted to acknowledge their suffering and that she empathised deeply with the victims. She said her association with Epstein was the greatest regret of her life.

“My association with Epstein will permanently stain me,” she said.

The judge, ahead of sentencing, said what was not expressed in Maxwell’s statement was an expression of her responsibility.

The victims were emotional as they spoke about the pain and anguish Maxwell caused them. They read their prepared statements – but Maxwell did not look at them as they spoke.

The judge allowed four women to speak at Tuesday’s hearing, as well as allowing a statement by Virginia Giuffre to be read by her lawyer in her absence.

Annie Farmer, the only victim on the indictment to give evidence under her full name during the trial, was the first to speak.

She had to pause midway through her speech in order to contain her emotions but continued to read her statement to the court in full.

Sarah Ransome, who did not testify at the trial but was due to give an impact statement, spoke outside court alongside fellow accuser Elizabeth Stein.

“Ghislaine must die in prison because I’ve been in Hell and back for the last seventeen years,” Ms Ransome said.

“I was 10 years old when Liz Stein was being trafficked. I was 10. That is how long this sex trafficking ring has been going on for. And it should have just taken one survivor to come forward for us to be taken seriously. It should not have been this hard.”

During the trial, Ms Farmer and three other women, identified in court only by their first names or pseudonyms to protect their privacy, testified that they had been abused as minors at Epstein’s homes in Florida, New York, New Mexico and the Virgin Islands.

They recounted how Maxwell had talked them into giving Epstein massages which turned sexual, luring them with gifts and promises about how Epstein could use his money and connections to help them.

Maxwell’s lawyers have tried to portray their client as a positive influence on other inmates in jail, offering to teach them yoga and help them learn English.

The crimes of Epstein, who mixed with some of the world’s most famous people, were first reported in the media in 2005 and he served prison time in Florida in 2008-09 on a state charge of procuring a minor for prostitution.

Following numerous lawsuits, he was arrested again in 2019 in a federal case in New York.

At least eight women wrote letters to the judge describing how they had suffered.

Victims speak of their pain

In her written victim impact statement, Ms Farmer said: “For a long time, I wanted to erase from my mind the crimes that Ghislaine Maxwell and Jeffrey Epstein committed against me and pretend they hadn’t happened.

“I didn’t talk about it for years. It was the type of dark memory that feels safest to keep locked away, and so I did the best I could. The world did not cooperate with this strategy, however.

“Something would bring to mind this experience and my body would respond with an upset stomach and physical shakiness. I’d feel irritable, have trouble focusing, and feel disoriented…

“One of the most painful and ongoing impacts of Maxwell and Epstein’s abuse was a loss of trust in myself, my perceptions, and my instincts.”

Virginia Giuffre wrote: “Ghislaine, 22 years ago, in the summer of 2000, you spotted me at the Mar-a-Lago Hotel in Florida, and you made a choice. You chose to follow me and procure me for Jeffrey Epstein.

“Together, you damaged me physically, mentally, sexually, and emotionally….Without question, Jeffrey Epstein was a terrible paedophile. But I never would have met Jeffrey Epstein if not for you. For me, and for so many others, you opened the door to hell”.

A woman referred to in court as “Kate” wrote in her statement: “The consequences of what Ghislaine Maxwell did have been far reaching for me.

“I have struggled with, and eventually triumphed over, substance use disorder. I have suffered panic attacks and night terrors, with which I still struggle. I have suffered low self esteem, loss of career opportunities. I have battled greatly with feeling unable to trust my own instincts in choosing romantic relationships.

“What happened to me at that young age changed the course of my life drastically forever.”

Another accuser, Juliette Bryant, wrote that she had never felt okay since the day Maxwell and Epstein “got their hands” on her.

“Thinking about them still gives me frequent panic attacks and night terrors,” she said. “All of the victims, including myself, are eternally grateful for everyone that has helped expose these criminals.” 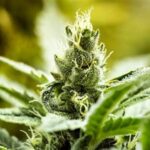 Thailand to South Korea that cannabis products are illegal