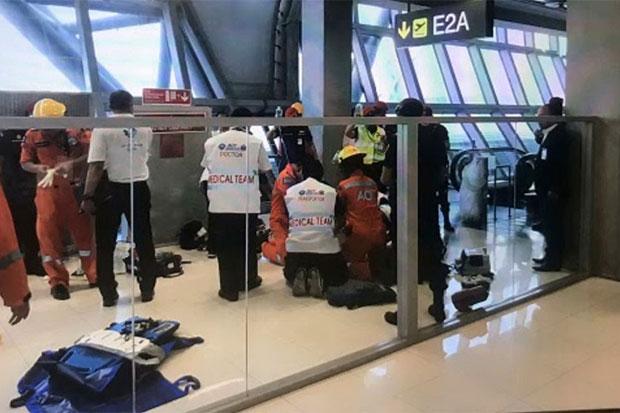 German Tourist Jumps: Police are investigating the death of a German tourist who fell from the fourth floor level of the passenger terminal at Suvarnabhumi airport on Thursday.

The 52-year-old man landed on a concrete beam on the second floor level, near a toilet behind the duty-free shop in Zone E.

He was given first aid before being rush to Samitivej Suvarnabhumi Hospital. Doctors were unable to save him.

Police said the man, whose name was withheld pending notification of relatives, was due to fly out to Zurich via Dubai on Oct 7.

He did not board the plane and had since been staying at the airport.