A large contingent of police from Koh Samui and Bangkok arrested a Yasothon man at a house in Nonthaburi last night. Somchai Duaylai resisted arrest but was eventually taken into custody.

Earlier this week he had attacked a German man with an axe at his house in Bo Phut, Koh Samui and robbed a British man in another burglary. He was then traced to Bangkok after fleeing via the ferry to the mainland.

In addition, Somchai had served 5 years for the rape of a British tourist in 2009. After coming out of prison he turned to robbing tourists.

At 11.30 pm last night police descended on a rented property in Ngam Wong Wan Road Soi 25Nonthaburi where Somchai was staying with his wife. He barricaded the door but after a standoff and while he was distracted his wife opened the door to officers.

Still Somchai resisted arrest grabbing a knife and bottle and using a wardrobe in the process, reported Thai Rath. He was finally taken into custody.

He admitted thieving in Samui with another 36-year-old man before escaping on a motorcycle to Bangkok. He was named in two warrants issued on the holiday island.

Pol Col Thongchana of the Bo Phut police said that Somchai and another man broke into the house of a 47-year-old German tourist on Monday.

The tourist confronted them after he heard the sound of breaking glass.

A fight developed in which Somchai wielded an axe that struck the tourist in the head and by the ear injuring him. Somchai fled with a wallet but it only contained a driving license and electronic card.

Then on Tuesday Somchai broke into the house of a British tourist of Chinese descent stealing sterling to the value of 16,000 baht. He then fled the island by motorcycle on the ferry and headed to Bangkok.

Pol Col Thongchana said that Somchai was a beach food vendor by day and thief by night, stealing from tourists who had gone out to swim.

Back in 2009, he was jailed for five years for the rape of a UK tourist but after coming out of prison he turned to theft. He was caught and ordered jailed but was released after an appeal.

He is now being held in Bangkok before he is taken back to Koh Samui.

Thai Rath did not report any details about the condition of the German man who fought the robbers at his house. 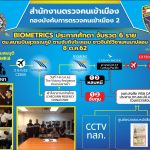 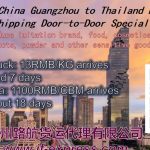 shipping from China to Thailand