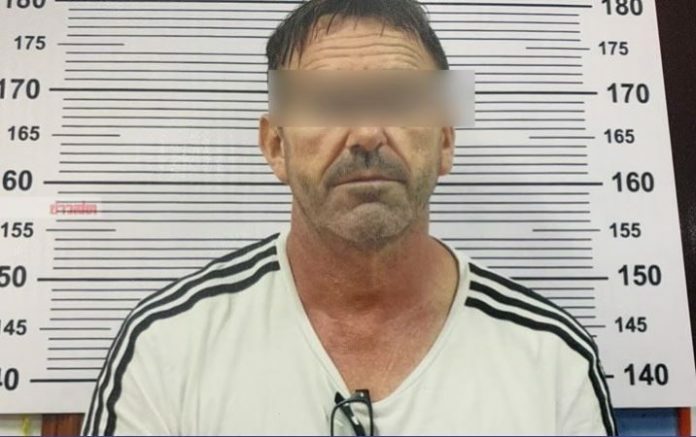 Police are considering whether to launch a murder investigation after a German man was arrested on Friday for allegedly concealing the corpse of a female compatriot at his home in Chonburi province.

Richard Stanislaus Kruger, 52, was arrested at his rented home in Mueang district on suspicion he had placed the body of Margund Schaefer, a 77-year-old retiree, in a wooden box and thrown it into a canal behind the Saen Suk municipal sports stadium in the hope that he could collect her pension.

Immigration Bureau chief Sompong Chingduang said German police had asked their Thai counterparts to locate Schaefer after she was reported missing by a member of her family.

Police discovered that Mr Kruger and Schaefer had entered Thailand in May 2017, having made six previous trips to the country together.

While he has a Thai wife, he was funding his life in Thailand with money from Schaefer’s retirement pay.

The suspect has faced a string of charges in his own country, including deception of elderly women, and 17 cases of credit-card fraud involving a total of 6,000 euro, or 240,000 baht, the officer said.

Mr Kruger told police that Schaefer suffered severe injuries when she slipped and fell on her bathroom floor on Jan 12. He said he carried her out of the bathroom before realizing she had died.

He then placed the corpse in a wooden box and transported it by motorcycle to the canal where he dumped it.

The police have informed their German counterparts of the discovery of the corpse and have sent samples for DNA testing.

They are also investigating whether Schaefer’s death was caused by an accident or whether she was murdered.

While investigators suspect Mr Kruger wanted to continue receiving Schaefer’s pension money, the initial warrant for his arrest was issued on charges of concealing a dead body and overstaying his visa, which expired on June 22, 2017.

Thailand’s gun murder rate is the same as America’s 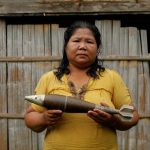