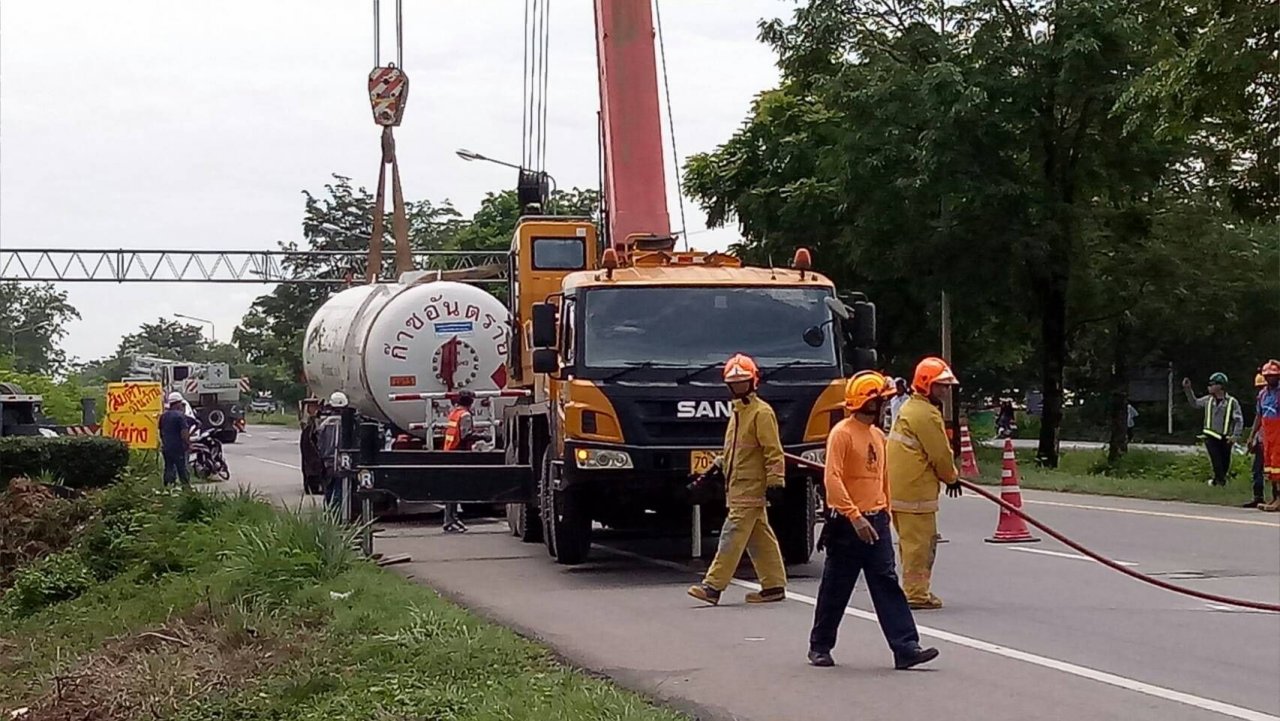 Officials in Prachin Buri were braced for an explosion Monday morning after a tanker truck carrying eight tonnes of LPG (liquid petroleum gas) overturned during rush hour and began leaking.

The 7am accident occurred on Kabin Buri-Nakhon Ratchasima Road close to a PT station selling petrol and LPG in Kabin Buri district.

The gas leak alarmed employees of the station lest it trigger multiple explosions, but none occurred.

The driver was taken to hospital with undisclosed injuries.

Police, rescue workers and firefighters were soon on the scene, cordoning off the area and ensuring that no one got near with a lit cigarette.

The truck’s owner sent salvage workers to seal off the leak.

Police said the tanker was transporting LPG from Bang Pakong district in Chachoengsao to an industrial plant in Nakhon Ratchasima.

They believe the driver might have dozed off and the truck plunged into a ditch and overturned.