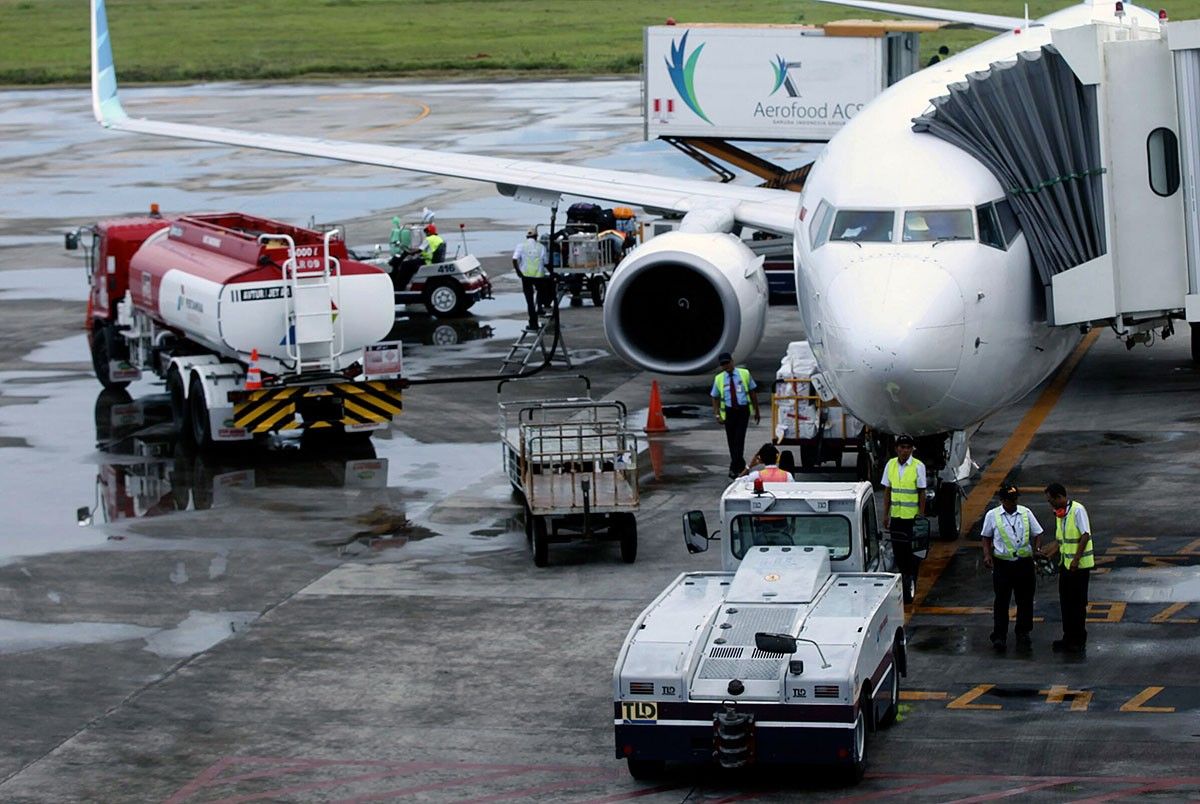 National flag carrier Garuda Indonesia says it will take firm action against a passenger who joked about having a bomb on board and caused a long delay in takeoff for a flight from Makassar, South Sulawesi, to Jakarta on Friday.

Garuda Indonesia vice president of corporate communications Benny S. Butarbutar said on Saturday that the aircraft crew and aviation security officers immediately combed the plane after the man, identified only as HI, repeatedly claimed that he had a bomb in his carry-on bag.

HI later underwent questioning at Sultan Hasanuddin International Airport’s police station and was not allowed to re-board the plane.

Garuda Indonesia had to pay compensation all 211 passengers for the flight delay.

“We hope that passengers will be more cautious about what they say, especially in mentioning bombs, after this incident,” Benny said as quoted by wartakota.tribunnews

Meanwhile Transportation Minister Budi Karya Sumadi has stated that the law must be strictly imposed on airplane passengers that make bomb-related jokes or remarks.

“It is necessary to create a deterrent effect,” Budi said to Tempo.co in Cirebon on Monday.

Recently, there have been several cases of Lion Air passengers joking about bombs.

On May 12, a passenger with the initials ZN uttered the word “bomb” to one of the flight attendants during boarding.

On May 16, a passenger on Lion Air flight JT 291 asked a flight attendant whether he was allowed to carry bombs onto the airplane.

The flight was delayed for over two hours as all passengers, cargo and luggage had to be rechecked. The passenger was removed from the plane and was detained by airport security officials for investigation.

On Friday, a passenger identified only as EF said on flight JT 261 that he had carried a bomb into the airplane.

“EF said that he had brought a bomb in his cabin bag during the security check prior to entering the boarding room,” Danang Mandala Prihantoro, corporate communications strategist at Lion Air Group, said in a press statement on Friday.

EF was also removed from the plane and investigated by airport security officials.

As stipulated in Law No. 1/2009 on the Transportation Ministry’s national flight safety program, anyone who expresses false information that can endanger flight safety faces up to one year in prison.