Gang Members: Cambodian authorities handed over 25 Thais to Thai police on Saturday after they had served 10 months in a Cambodian jail for working for a Taiwanese-led call centre scam gang.

The Thais, nine women and 16 men, were handed over at the Ban Klong Luek border checkpoint in Sa Kaew’s Aranyaprathet district.

They were arrested by Cambodian police along with four Taiwanese men, at the request of Thai police, for allegedly using the Cambodian base to call Thais to deceive them to wire money to their accounts.

They were arrested at a rented house in Phnom Penh on February 16.

The Thais had been sentenced to two years in jail each and the Taiwanese three years in jail. They will serve their remaining jail term in a Thai prison. 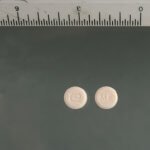