Home » Gang who dressed in burkas jailed for 230 years

Moment gang of machete-wielding robbers disguised with burkas burst into jewellers to steal £106,000 of gems and watches

This is the moment robbers armed with machetes stormed a jewellers to steal £106,000 of stones and watches while disguised as Muslim women in burkas.

The gang of ten men who carried out a series of terrifying armed raids across the north-west have been jailed for a total of 230 years.

The career-criminals went on a 12-month spree between June 2015 and June 2016 carrying out at least 10 raids across Greater Manchester.

They used disguises to steal some £206,000 worth of gems and jewellery and stole £76,000 from an Aldi supermarket, where they attacked a shopper with a machete as he tried to stop them.

Armed with sledgehammers and machetes, the gang wore burkas to get into a jewellers in Manchester and steal more than £100,000 worth of gems.

They are followed a few seconds later by an innocent member of the public and then two hooded accomplices a few yards behind them.

Once outside the business the men dressed in burka conned the owners into letting them in.

After getting into a lobby area the burka-clad robbers force up security shutters to allow their accomplices in and they get into the shop.

The video shows they are armed with machetes and an axe. They then calmly fill bags with top quality Asian gold including bracelets and necklaces.

The same method was used during a raid at an Aldi supermarket in Bolton which netted the gang £76,000.

In the Aldi raid in Bolton on June 29, 2015, shopper Mark Cooper tripped one of the gang as he ran off wearing a burka.

But two other robbers ran up and one used a machete to slash Mr Cooper across the shin, leaving a deep wound.

A judge ordered Mr Cooper should receive a reward for his efforts in trying to stop the raiders.

Gang leaders Christopher Ryder, 30, from Timperley and Michael Gabriel, 30, from Wythenshawe were jailed for 22 years and 21 years respectively. 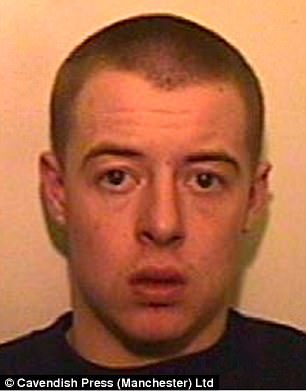 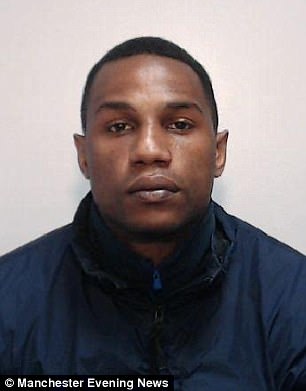 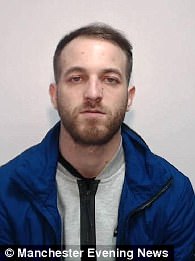 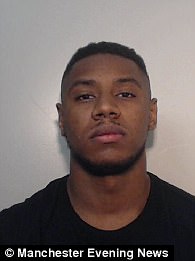 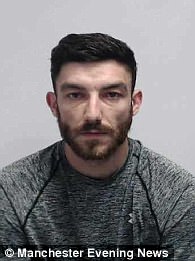 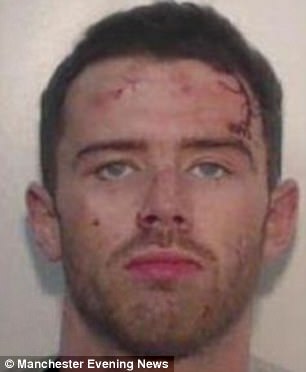 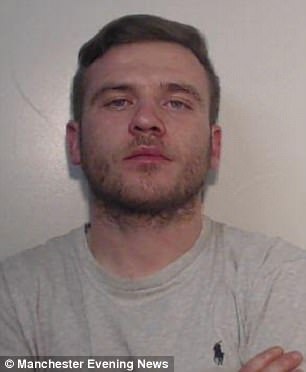 From left: Caine Williams, 26, from Sale was jailed for ten years and Gary Sullivan, 29, from Northern Moor, jailed for five years 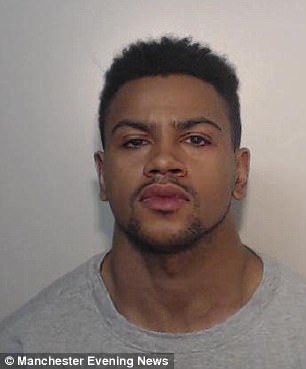 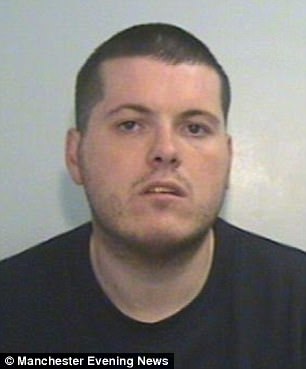 From left: Christian Edwards, 31, from Manchester, jailed for 12 years and Paul Smith, 29, from Ashton-under-Lyne, jailed for 10 years

GANG ARE JAILED FOR 230 YEARS

Gang leader Christopher Ryder, 30, from Timperley was jailed for 22 years

Fellow leader Michael Gabriel, 30, from Wythenshawe was jailed for 21 years

Nyron Brown, 29, from Manchester was jailed for 16 years

Nicholas Fox, 27, from Manchester was jailed for 18 years

Caine Williams, 26, from Sale was jailed for ten years

Sentenced at an earlier hearing and linked to the same gang were:

A 33-year-old man, who cannot be named for legal reasons was also sentenced to 12 years and eight months.

The gang stole £106,000 worth of jewellery from Punjab Jewellers in Wilmslow Road, Rusholme on December 9th 2015.

They were foiled by Operation Bonaparte and Operation Toledo in which Greater Manchester Police’s Serious and Organised Crime Team intercepted them.

Some were caught as they were about to carry out another robbery when police stopped a Land Rover in Platt Lane last June.

Others were arrested as they drove from a robbery in Heaton Moor and switched cars in Oak Road, Hale.

Greater Manchester Police pieced together evidence and results from months of enquiries to identify the men behind the raids.

The net began closing in when shortly before 1.50pm on June 12, 2016, two men got out of a black BMW 5 series and smashed the windows of Royal Jewellers on Wilmslow Road, using a sledgehammer and a street grid.

They reached inside the window and stole jewellery, before fleeing in the BMW in the direction of Platt Lane.

Detectives established the BMW, which was bearing a false registration plate, was stolen from Lower Cheetham sometime between Friday 10 and Saturday 11 June 2016.

At around 11.45am on Wednesday 15 June 2016, officers from GMP’s Tactical Firearms Unit stopped a Land Rover on Platt Lane in Moss Side and more of the gang were arrested. 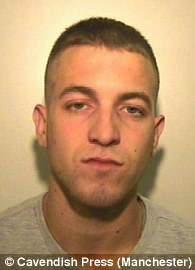 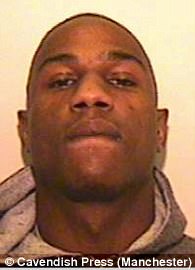 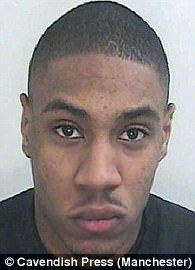 Ten men were sentenced for the robberies at Manchester Crown Court, Crown Square.

Detective Constable Matthew Whittaker, of GMP’s Serious and Organised Crime Team, said: ‘We can finally say these men are off the streets of Greater Manchester and unable to cause any more damage or detriment to the community for their own selfish gratification.

‘We will continue to dismantle organised crime groups and make it impossible for those who make a living from committing crimes to operate, no matter how versed in police tactics they believe themselves to be.

‘Thanks to information from people in the community and our partners, we can make sure we are one step ahead of criminals like these and bring them to justice. 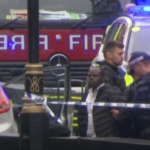