Home » Game of Thrones Recap | Before season 8 (in 3 minutes) 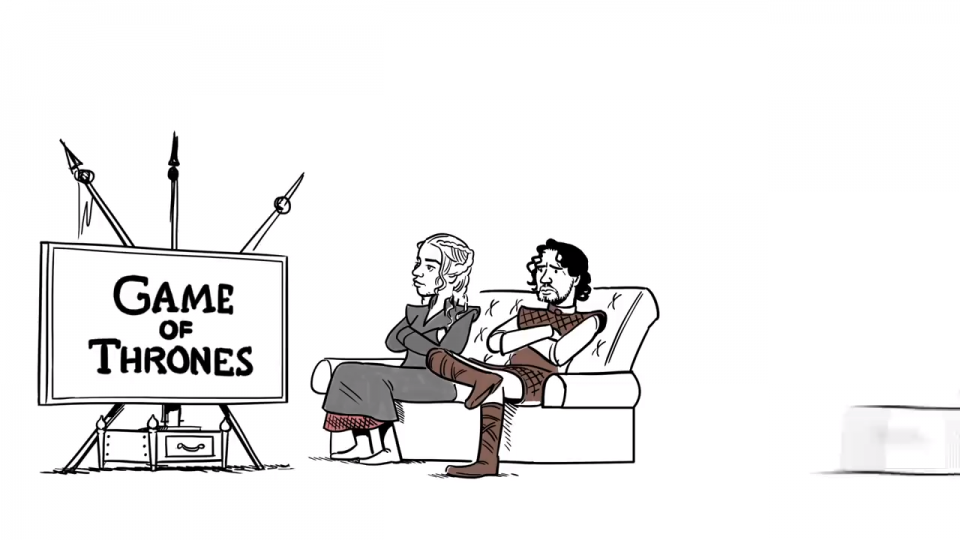 In case you don’t have the time to rewatch 7 seasons of Game of Thrones, here’s everything you need to know before the final season begins:

On our last visit to Westeros, the Wall, which protected the realms of men for thousands of years, was destroyed by the Night King, riding a zombie-dragon, allowing him and his army of 100,000 Whites to cross south But fear not! 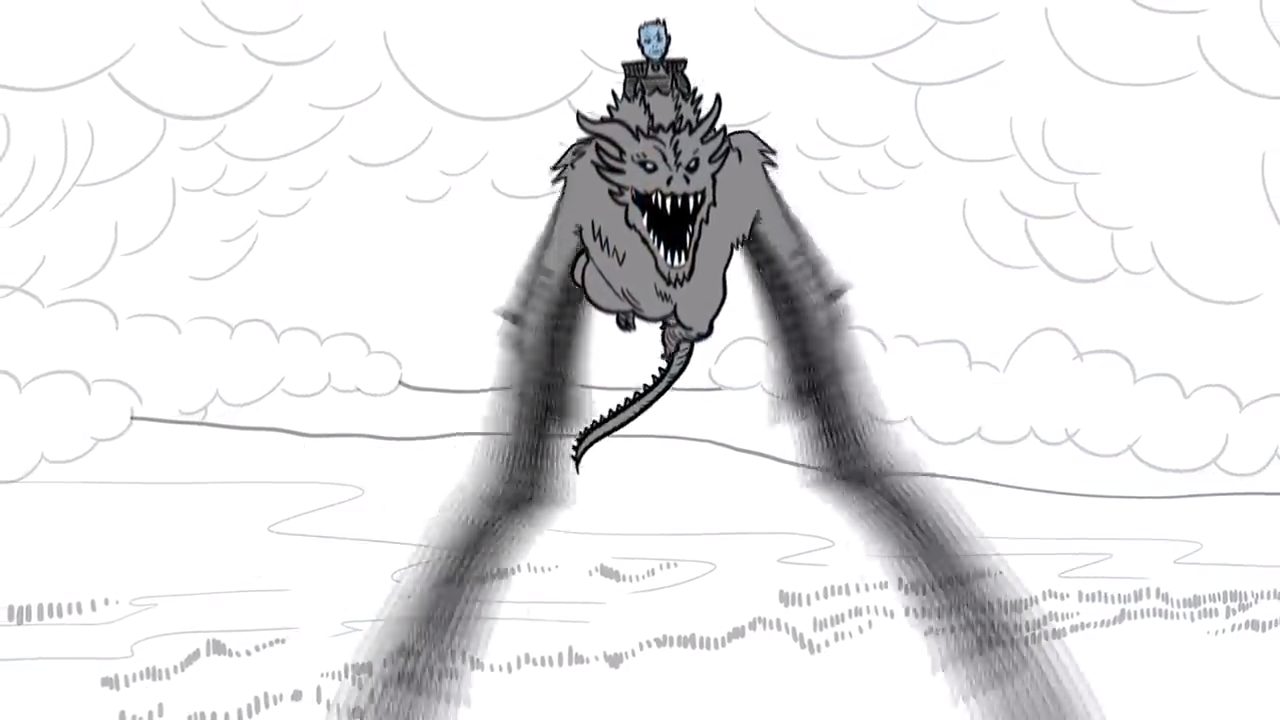 The King in the North, Jon Snow, and the Mother of Dragons, Daenerys “Stormborn” Targaryen, are sailing north to fight the dead, head on! They are accompanied by 2 dragons; The surviving armies of the North, who don’t know Jon bent the knee; An army of Unsullied; the Second Sons; the Wildlings; pretty much all of the Dothraki; Gendry, King Robert’s bastard; Varys, our favorite eunuch; Ser Davos, the onion knight; and Tyrion Lannister, Daenerys’s hand and the man who drinks and knows things. 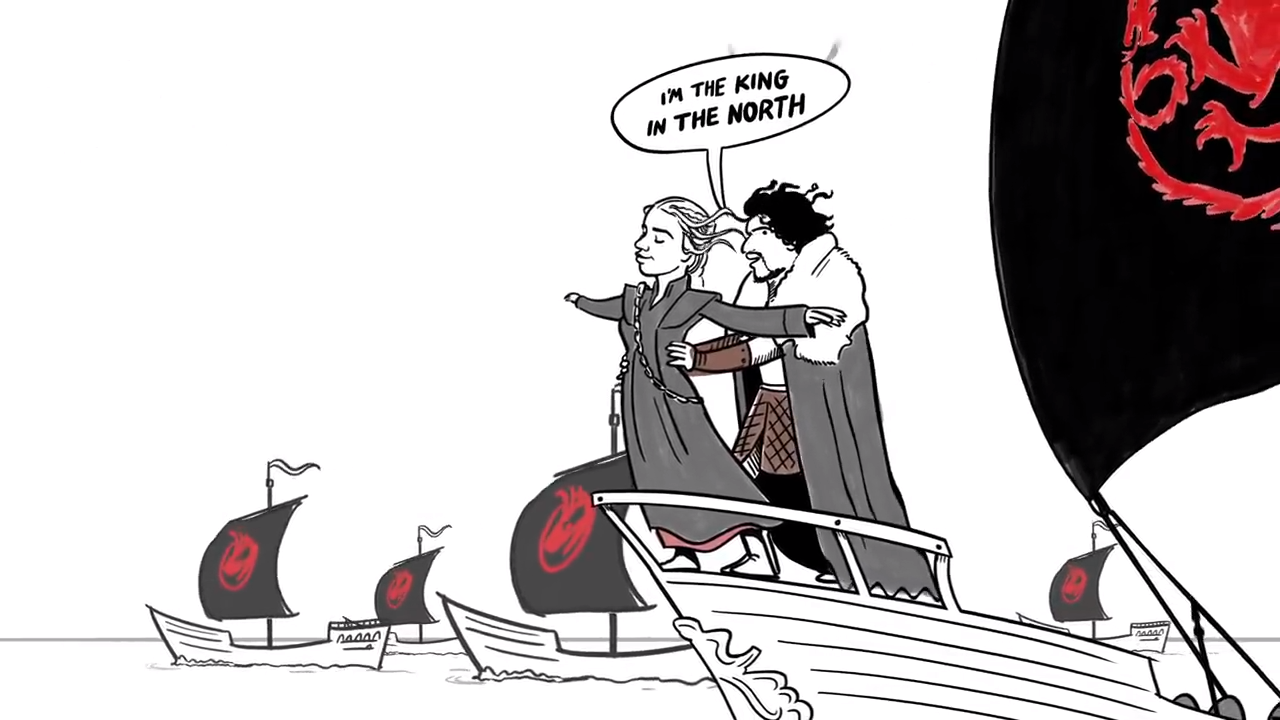 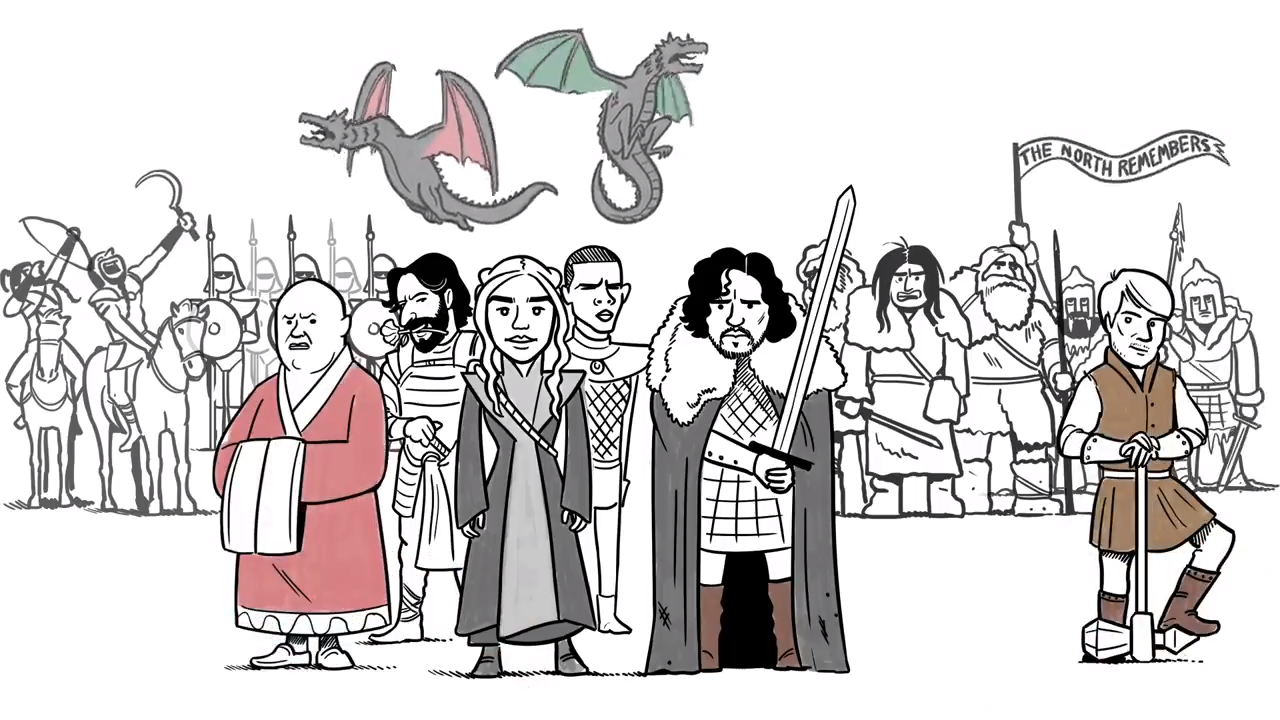 Also on his way north is The Kingslayer, Ser Jaime Lannister, who, in case you forgot, murdered Dany’s father by stabbing him in the back, and pushed Jon’s brother, Bran, out of a window. He left his sister / lover, Cersei, after discovering she lied to everyone about agreeing to the truce in Westeros which was struck to fight the army of the dead. She’s staying in King’s Landing with a supposed baby on the way, no living children or any other real family by her side, which might explain her newfound Mad-Queen persona. Fighting for her are the dwindling Lannister armies, the Crown guard, and the biggest human-zombie on earth, Oh, and Euron Greyjoy, who literally – and figuratively – bent the knee, and is now on his way to recruit the 20 thousand strong Golden Company from Essos. 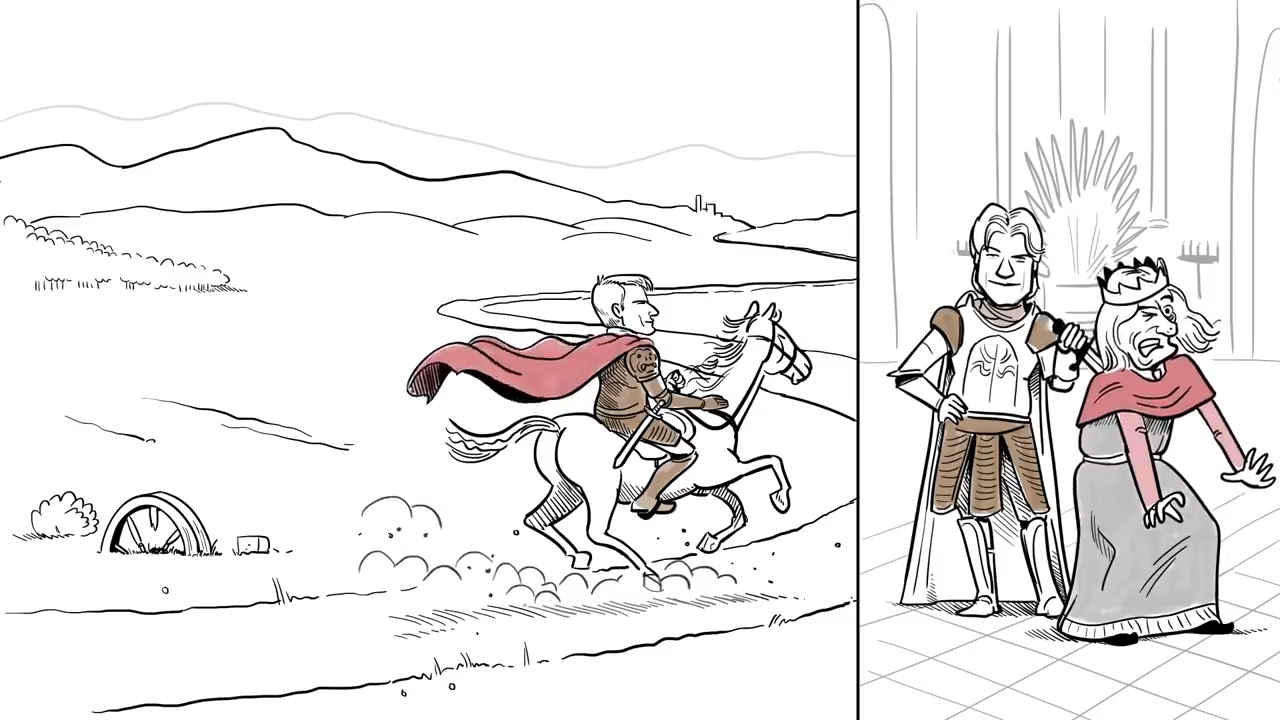 Little does he know his nephew, Theon, isn’t too far behind, trying to save his kidnapped sister, Yara. Meanwhile, up north in Winterfell, Sansa, the woman who has perhaps been through more sh**t than anyone else in the seven kingdoms, has been reunited with what’s left of her family, and is ruling on behalf of Jon.

Together, the Stark sisters decided to give Littlefinger a taste of his own medicine, which seems like a fitting end to the man who’s had his hand in perhaps more deaths than anyone else in the show.

Speaking of the Starks, Arya and her killing-list just came back from Braavos, where she honed the art of shape and face shifting, becoming a Faceless Man. her brother Bran, who was beyond the wall, became the Three-Eyed Raven and gained the power of greensight, which lets him see the past and present – all at once. both of them haven’t seen their brother, Jon, since the first season!

Samwell Tarly also finally made his way to Winterfell after spending seven seasons learning how to beat the White Walkers. Here’s the gist, You need one of three ingredients: Dragon Glass, Valyrian steel, or presumably dragon fire. Lots and lots of fire. 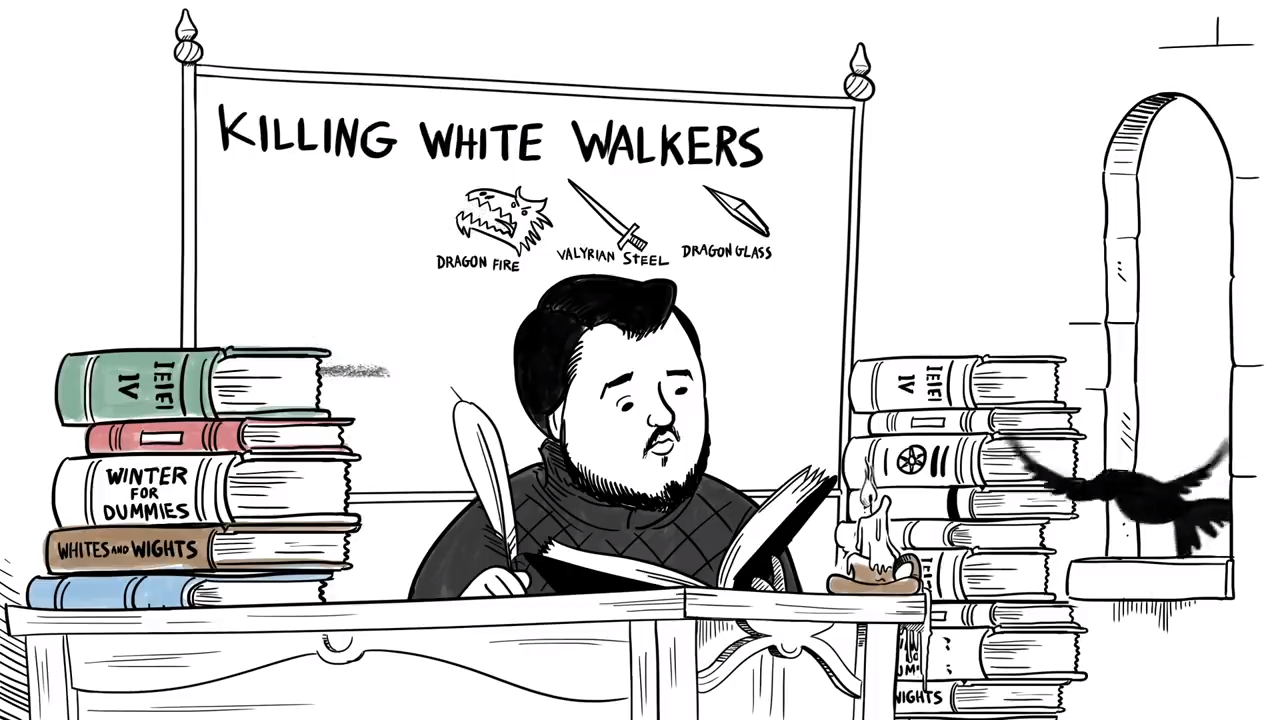 Sam’s most important discovery came after he met Bran. Together they confirmed that: not only is Jon not a bastard, he’s the rightful heir to the Iron Throne, he’s Ned Stark’s sister’s son, his real name is Aegon Targaryen, and in good old Game of Thrones fashion, he just slept with his Auntie-Dany. But he doesn’t know that, Because… You know… He knows nothing.

And that is everything you need to know about Game of Thrones before you watch the final season. just as excited as we are? Like, comment and share, and let us know what you think! 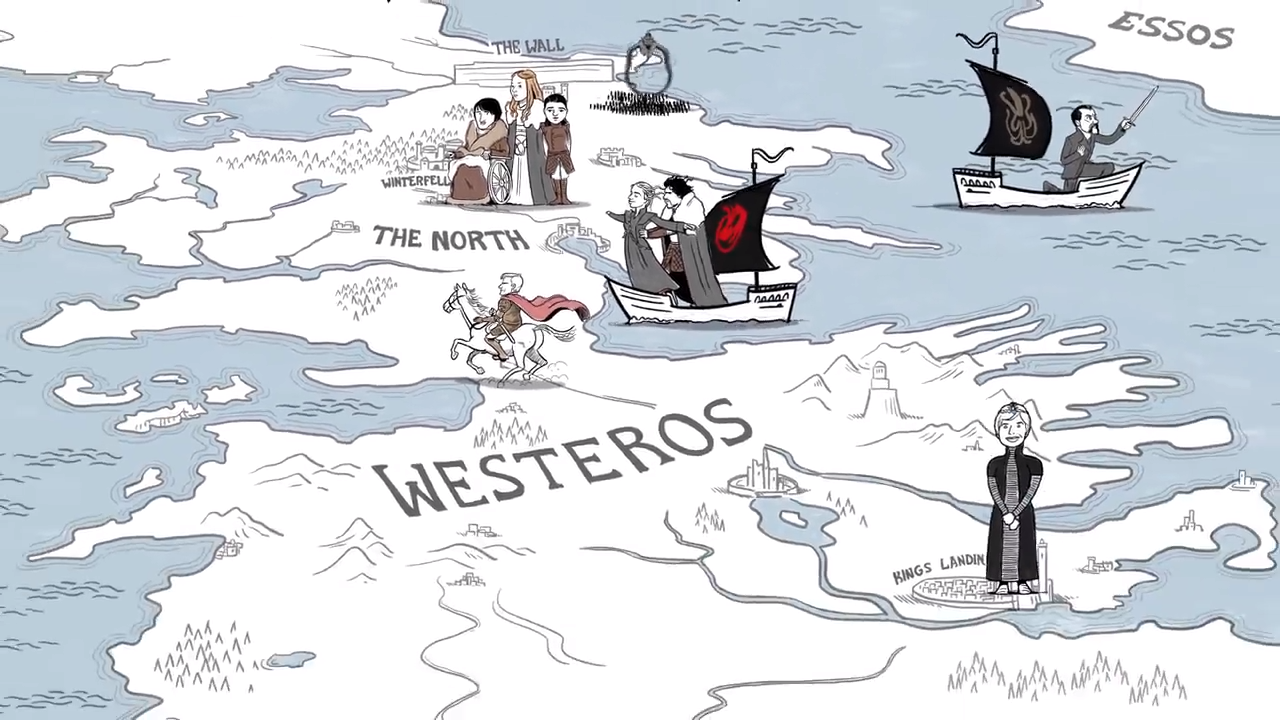