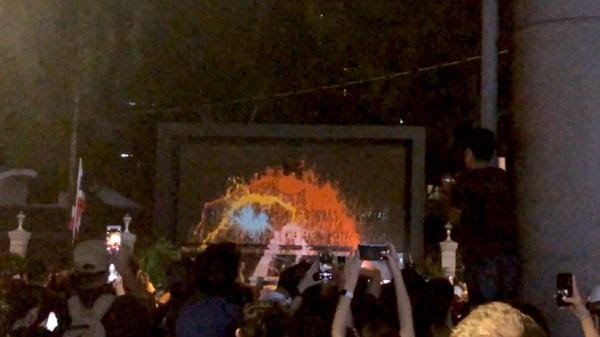 Footage shows how anti-establishment demonstrators hurled paint at the building and sprayed graffiti on the walls and pavements outside.

The unrest followed clashes in which more than 40 protesters were reportedly injured – including six that claim to have suffered gunshot wounds – during the violence on streets close to the Thai parliament.

Clashes continued into the evening before crowds eventually dispersed, with some injured demonstrators being carried away in ambulances.

The movement continued today with a large rally outside the Central World shopping mall at the Ratchaprasong Intersection.

Thousands of protests have taken place in recent months across Thailand. Activists are calling for sweeping reforms including a new constitution, the resignation of the prime minister Prayuth Chan-o-cha and reforms of the monarchy. 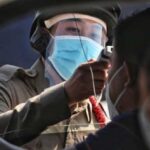