Home » Sex to eating fish – 10 ways to cure the hangover 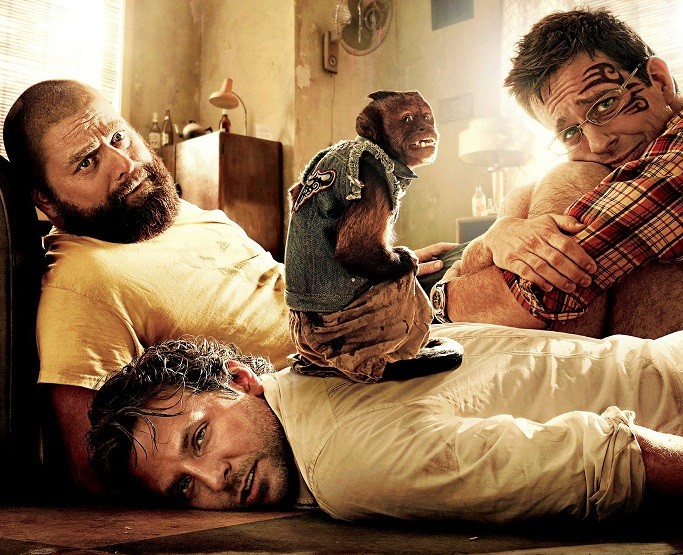 IT may have been a slightly different celebration to the ones we are used to.

But the one thing many of us can still enjoy at home is a tipple or two to see in the New Year.

So if you woke up with a bit of a sore head this morning then fear not.

While there’s no instant miracle cure just yet, there are few things you can do to alleviate those awful hangover symptoms.

Nick Hird, co-founder of ViDrate, said that one of the best ways to keep a hangover at bay is to drink enough water.

He said: “Dehydration is the main cause of feeling hungover, alongside vitamin depletion and excessively putting toxins into your body.

“By staying hydrated before drinking you’re giving your body a head start. You’re supposed to drink 6-8 glasses of water everyday – so this gives you an idea of how much you should be drinking to stay hydrated.”

Speaking to The Sun Martin Murray, CEO and Founder of Waterdrop, added: “Alcohol is a diuretic. If you don’t drink enough water with alcohol, you can become dehydrated quickly.

“Dehydration is one of the main causes of hangover symptoms. It is important not to drink alcohol quickly and to rehydrate often. “

2.Get under the sheets

That’s right – you might not feel like it, but one expert says that having sex is one of the best ways to cure a hangover.

Speaking to The Sun, Roberta Stringer, nutritionist and co-founder of testosterone supplement company DNA said: “One of the most effective, fun and cheapest ways to cure a hangover is to have sex.

“Sex releases oxytocin, which is a happy hormone and powerful anti inflammatory that helps us deal with pain.

“Also added bonus of burning off a few of those liquid festive calories you consumed in the process!”

We’ve all heard people say that you should line your stomach before a night on the tiles and Nick said making sure you have eaten before drinking is important if you want to avoid a hangover.

He said: “Don’t start drinking on an empty stomach as this makes your body absorb the alcohol quicker.

“By eating a well-balanced meal before a night out, you slow down the body’s alcohol absorption rate.”

Booze can disturb your sleep pattern and many of us have woken up with a fuzzy head after one too many mulled wines.

Nick said that sleep is one of the best hangover remedies but when you’ve been drinking the alcohol disturbs your restorative sleep.

He added: “Try and schedule in a power nap the next day, or if you don’t have time make sure you get an early night so your body can recover.”

Co-founder of Small Beer James Grundy said that the best tip for avoiding a hangover is to chose a drink you love which doesn’t leave you with a fuzzy head.

Speaking to The Sun he said that drinking tipples that are below 2.8 per cent helps you have the taste of a beer without the bleary-eyed consequences.

James said that beers below 2.8 per cent fall below the natural diuretic limit, so that you’re always more hydrated than dehydrated by what you’re drinking.

He said: “It’s all about finding that option that doesn’t require you to walk the tinselled tight-rope of extremes.

“Rather than perceiving a ‘responsible’ option as something that requires no alcohol at all, it’s worth considering the many possibilities that a lower alcohol serve”.

While no one expects you to be doing deadlifts or Joe Wicks workouts with a hangover, Nick said a little bit of light exercise might make you feel better.

He said: “Even a short walk or jog will make you feel better due to the fresh air and endorphins released by physical activity.”

But Dr Deborah Lee, who works with Vita Coco said sweating too much will cause further dehydration.

She said: “Your cognitive function is notably reduced when you are hungover and this affects your risk-taking behaviour and decision making abilities, meaning you’re more likely to overdo it in the gym and risk injury.”

It’s important to stay hydrated when drinking but some soft drinks can make your hangover worse.

Nick said you should avoid caffeine as this can dehydrate you further. He also said that fizzy drinks can make your hangover worse.

He said: “Fizzy drinks actually increase the rate at which your body absorbs alcohol – so will make your hangover worse.

“Same with carbonated alcohol such as prosecco and champagne – the carbon dioxide speeds up your alcohol intake meaning you get drunker faster, resulting in a worse hangover.”

Despite this – some studies have shown that caffeine can actually help a hangover.

Anne Redmayne Porter Nutritionist at Bondi Coffee said black coffee, made up of over 90 per cent water, can assist in combating this effect.

She added: “Although caffeine does have a diuretic effect, the high water content of a black coffee means that this effect does not nullify the hydration benefits.

“Another key symptom of hangovers is brain fog and fatigue. Caffeine, a stimulant, increases alertness.

“A cause and effect relationship has been established by the European Food Safety Authority (EFSA) between 75mg of caffeine.”

We’ve all felt a little bit sick after a heavy night of boozing and Nick says a great way to stop these feelings is to try a little bit of ginger.

“Why not try adding it to a smoothie, the extra fruit and vegetables will also help replace the nutrients lost. Another idea is to add ginger to hot water, lemon and honey.

“The sugar in the honey will also help re-balance your low blood sugar levels.”

Pauline said that eating oily fish could be the key to helping out your hangover.

She said: “That anxious, jittery feeling you get the morning after? Turns out low DHA levels in the brain could be the culprit.

“Fish oils have the potential to protect the brain cells from the damaging effects of inflammation brought about from drinking alcohol, although more research is needed to confirm these effects.”

While we all like to have a glass of something fizzy on Christmas Day, one way to minimise the risk of a hangover is to mix non-alcoholic drinks with alcoholic ones.

Speaking to The Sun Ellie Webb, Founder of non-alcoholic spirits Caleño, said: “The best way to avoid a hangover over the Christmas period and really enjoy every festive minute is to take a balanced approach to drinking alcohol.

“So by all means enjoy a glass of bubbly but have some delicious non-alcoholic alternatives on hand for the next few drinks.

“Waking up feeling fresh, hangover-free and ready to tackle the presents under the tree on Christmas morning is the best self-care gift you can give yourself! It’s the same for New Year’s Eve – keep it balanced and start the new year off in the best possible way”.” 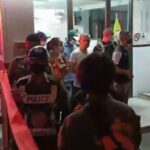 Man suspected of being shot dead by policeman 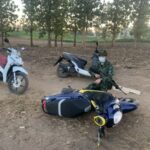 Police lets swim for it