Home » From belly of whale, a fortune in vomit lands on Thai fisherman 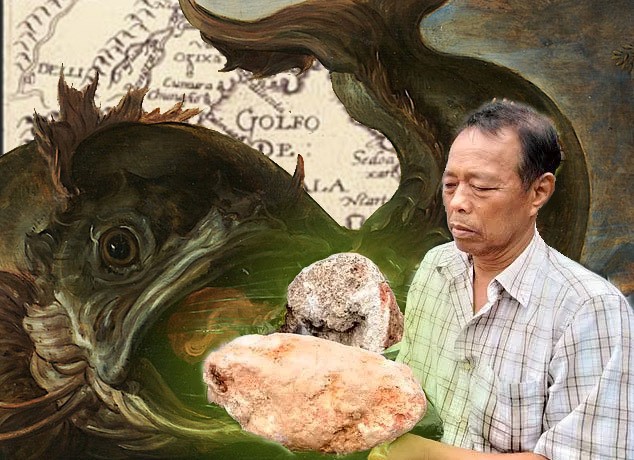 As the old proverb goes, one whale’s vomit is another man’s gold.

Narit Suwansang was out walking by the sea last week along the Thai gulf where the Laem Talumphuk isthmus stabs into the sea like a demonic thumbnail.

It was there that he noticed a massive, yellowish chunk of stone-like material, along with several smaller pieces. Narit, 60, had never encountered such a thing before and his imagination raced ahead of him. Unable to carry it, he returned home and rallied his family members to return to the coast and retrieve the mysterious artifacts from the grey-green waters.

After some extensive Googling to determine what it might be, he arrived on a theory. Taking a lighter to the exotic mass, its surface went runny like a candle when kissed by flame. Soon, it emitted a musky, stinky scent, confirming his wild optimism: He had in his possession a huge pile of whale puke.

And at 100 kilograms, it was not only the heaviest ever discovered in whale vomit history, but Narit’s ticket to golden retirement.

Known in polite circle as ambergris, it is so prized by the global perfumery and cosmetics industries that its estimated street value is at least THB100 million (US$3.3 million), turning the Nakhon Si Thammarat fisherman into a (baht and dollar) millionaire overnight.

The fisherman said that a Phuket businessman already offered to pay him THB960,000 (US$31,700) per kilogram if it turns out to be certified, Grade A whale vomit. It will be worth less if it is lower grade barf.

Narit now says he is inviting the finest minds from local universities and marine biology to analyze his precious puke. He also plans to register his chunder from down under with the local police in case it goes missing.

Reached for comment, local police at the Pak Phanang station today said that although they had heard of Narit’s fortuitous find, he had yet to seek an audience.

Ambergris, in less majestic quantities, has been chucked up frequently around the Gulf of Thailand in recent years, with reported discoveries also in Rayong, Surat Thani, and Trang provinces. 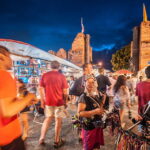 Get COVID in Chiang Mai and win 100K baht! 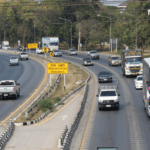