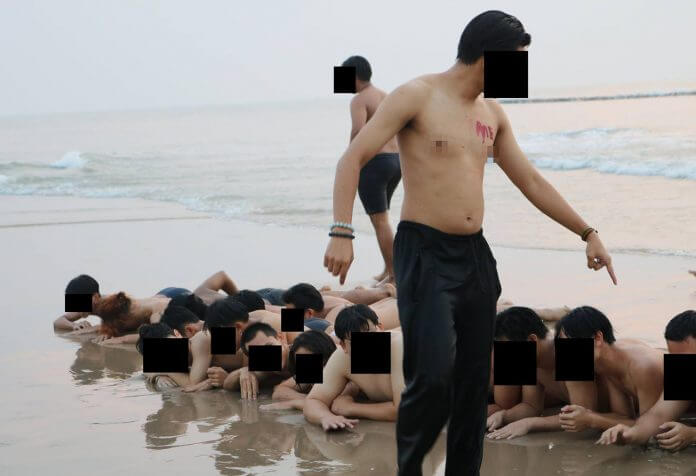 Freshmen were stripped to their underwear and forced to stand shoulder to shoulder as early-morning waves crashed around them. Some were made to bend over in front of their friends while others had to lick ketchup off their friends’ chests and nipples.

According to Monday reports by the Anti Sotus anti-hazing Facebook page, these were some of the degrading activities held Feb. 1 to Feb. 3 at an unknown beach during a freshmen hazing initiation for Mechanical and Aerospace Engineering students from King Mongkut’s University of Technology North Bangkok. 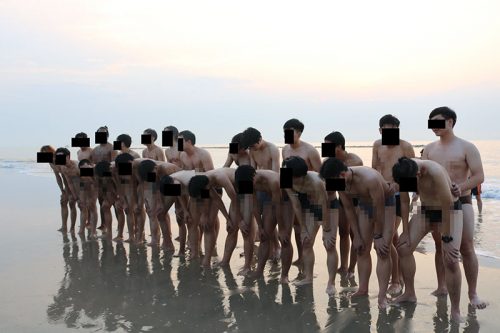 “All your upperclassmen are participating to make this activity for you. You won’t regret it if you go, the activity is super fun. Let’s all show up,” reads a screenshot posted by the Facebook page that upperclassmen wrote to freshmen.

Activists against SOTUS hazing – which stands for the creed of Seniority, Order, Tradition, Unity and Spirit – say that catching the events depend on tips, since upperclassmen hosts try to keep them secret.

“Sotus activities this year have been more secretive. They’re more stringent with photos. It’s harder to get evidence,” Kollawach Doklumjiak, an activist with the Anti Sotus page said. 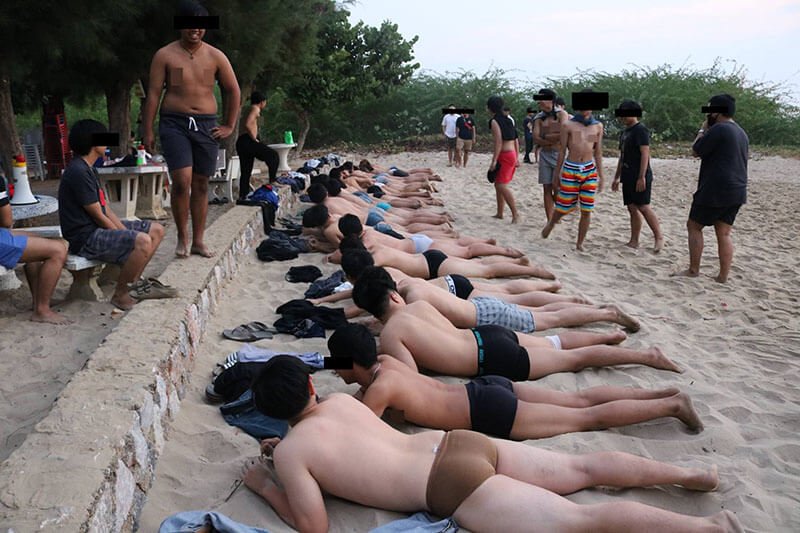 Kollawach confirmed that the leaked photos were from a participant in the camp who alerted the page. The activities – some of obscene nature – also alternated between singing chants, rolling in the sand and sea, and lying on the ground while pointing their feet towards the sky. Scrawled in red across upperclassmen’s chests were the initials “ME”: short for mechanical engineering, the name of their program.

“King Mongkut students should have more brains than this. You can hold garbage-picking activities on the beach, or even just hang out and have fun there and bond, instead of doing brain cell-destroying activities such as these,” Facebook user Sirasak Fitty Srichan wrote.

An Anti Sotus activist who asked for anonymity while the investigation of the recent event is ongoing, said he believes the camp was set up by upperclassmen rather than the university, and that this wasn’t an isolated incident – just one of which they had proof.

“People from this school are taught to keep stuff such as this from leaking out of the school, and to do what their roon p said. But there’s lots more of it happening,” the activist said.

Extreme SOTUS activities can prove to be unwelcoming for freshmen. For the upcoming March 24 election, millions of young voters will cast their ballots for the first time. Some parties have weighed in on whether SOTUS should be abolished, controlled, or left alone if they’re elected. 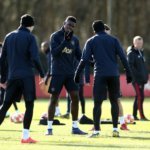 Why Do Babies Cry on Airplanes?