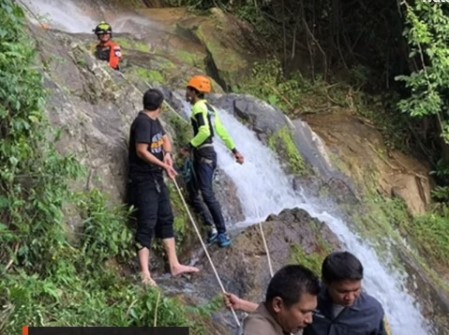 The waterfall was roped off and there was a sign warning tourists of the danger.

According to the police, it took several hours to retrieve the body due to the steepness and slippery conditions of the location.

The 33-year-old French man died on Thursday afternoon (local time) when he slipped and fell from the Na Mueang 2 waterfall on the island of Koh Samui.

Lieutenant Phuvadol Viriyavarangkul of the island’s tourist police confirmed it was the same spot where a Spanish tourist died earlier in the year while also taking a selfie.

Koh Samui’s palm-fringed white-sand beaches are a magnet for both backpackers and high-end tourists.

How many tourists have died taking selfies?

A study published last year found 259 people around the world died attempting to take selfies between 2011 and 2017.

Researchers from the All India Institute of Medical Science who conducted the study reported about half of the 259 selfie deaths occurring in India.

Thailand is largely considered a safe destination for tourists and typically draws more than 35 million visitors each year.

But the industry took a hit in 2018 after a ferry carrying Chinese visitors in the country’s south sank, killing 47 people.

The accident highlighted lax safety rules in the tourism sector and authorities have been scrambling to restore the country’s image since. 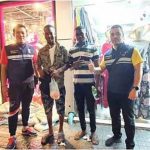