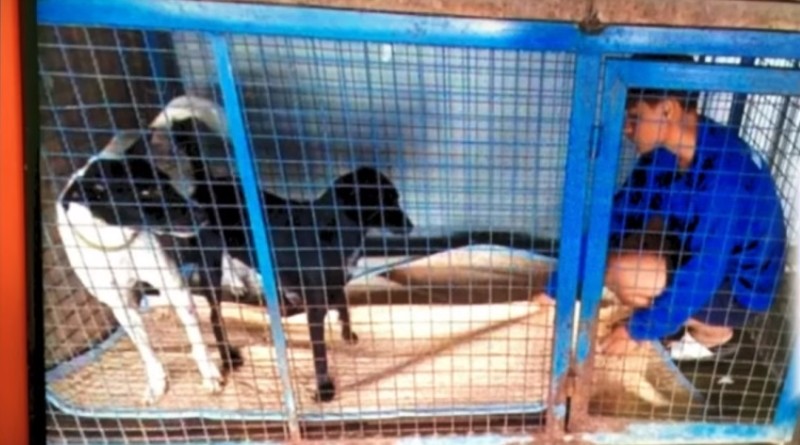 The shelter had 15 employees that decided to make their story public on social media then went to file a report at the Ban Graud Police Station.

The employees stated that their French boss named Miguel 50 years old who is the owner of the animal shelter has been forcing them to stay in dog cages, including sitting inside with the dogs.

The employees have been starved with no food and water while in the cage along with being verbally abused by the boss. This is the punishment they face when the work does not satisfy Miguel.

Thai netizens have many opinions on the case, with most expressing opinions that the foreign boss came to live in Thailand but why is he pushing Thai people down.

Miguel and his Thai wife were not at the shelter when officials went to visit as they were in Bangkok for a TV show. 9 out of the 15 employees were found working in the shelter while the rest also traveled to Bangkok for TV shows and interviews.

Yok 17 years old one of the employees stated that she had been working at the shelter for about 3 months with a monthly payment of 10,000 THB. The boss started forcing her to go stay in the dog cage for 10 minutes at a time since she started working here.

He told her that doing so will help her to get to know the dogs better. Yok revealed that she was afraid of being bitten by the dogs but she really wanted to keep the job.

Yok also stated that she regularly sees other employees who have worked there longer than her being verbally abused and forced to stay in the dog cages.

Most of the employees decide to stay because they can go home every day and the pay is ok. This was until Miguel started ordering employees to stay in the dog cages until it was break time. 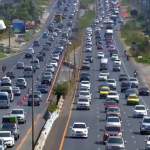 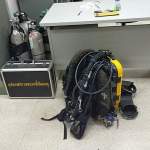 British tourist dies of THE BENDS in Thailand