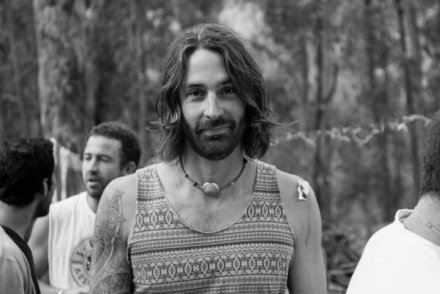 Ben French spent 13 days in intensive care after “dying twice” following a scooter crash on the tourist island of Koh Samui in Thailand, but his family confirms he finally lost the battle this morning.

Ben French was was involved in a serious crash while on holiday in Thailand.
Australian Ben French has died in a Perth hospital 13 days after being involved in a serious scooter crash in Thailand.
The 36-year-old from the Perth suburb of Fremantle, who ran a popular food truck called Eat No Evil, suffered severe injuries in the crash while holidaying on the tourist island of Koh Samui on March 28.
He was airlifted to Royal Perth Hospital several days ago, where he was treated in the intensive care unit.
A spokeswoman for the hospital confirmed Mr French died at 3:00am today.
His sister, Chelsea French, said her brother was a popular Fremantle identity and his death had left the family grief-stricken.
“We are all just devastated,” she said.
“Mum and dad have finally come home [from hospital] this morning and we’re all just a bit of a mess.
“We’re just trying to stay positive, but he lived the best life he possibly could have and … he died doing something that he loved.”
Mr French is survived by his parents and five siblings.

Outpouring of public support
Mr French’s family said his medical treatment was not covered under his travel insurance because he didn’t have an Australian motorbike licence.
A GoFundMe page his family set up on social media to cover the cost of his medical bills helped fund his medically-assisted flight back to Perth.
As of 8:00am on Tuesday it had raised $93,745, which Chelsea French said was an indication of his standing in the community.
“I think you can see from social media he was such a loved person,” she said.
“Even from his fund raiser that we all did for him, so many people came, everybody was so supportive and there was so many people that came together to put that together.”
Hit-and-run ruled out
The extent of his injuries led police and family members to initially suspect Mr French had been the victim of a hit-and-run, but investigating officers later ruled out deliberate action in the accident.
At the time of the accident Mr French’s sister, Kirsty French, said her brother’s injuries were extremely severe and that he “died twice” while being transported to a Thai hospital.
The accident left him with multiple injuries including severe brain trauma, spinal injuries and a punctured lung.
Kirsty French stands in a garden with trees in the background. Photo: Kirsty French said her brother Ben’s injuries were extremely severe.
In a statement issued by Royal Perth Hospital, Mr French’s family thanked those who had provided support since his “terrible accident”.
“We cannot find the words to thank people enough for the support they have given Ben and our families during this difficult time,” they said.
“Thank you to all the people who have given generous financial support to bring Ben home to be with his family in Perth. Without this support we would not have been able to bring Ben home.
“We also thank the people who have supported us emotionally through this time, through kind words and by expressing their love for Ben.
Condition worsened in Perth
In a Facebook post, Chelsea French said her brother “had taken a turn for the worst” after arriving back in Perth.
Mr French’s brother, Kyle Malkus, told followers on their fundraising campaign site on the weekend his deteriorating condition had been “unexpected”.
“Last night Ben experienced some complications and it is with extreme sadness we need to say goodbye,” he wrote.
“Nobody had seen this coming when it was starting to look so positive, it’s still hard to grasp.” AN – EP

At Least 5 Reported Injured Amid Serial Bombings in Southern Thailand