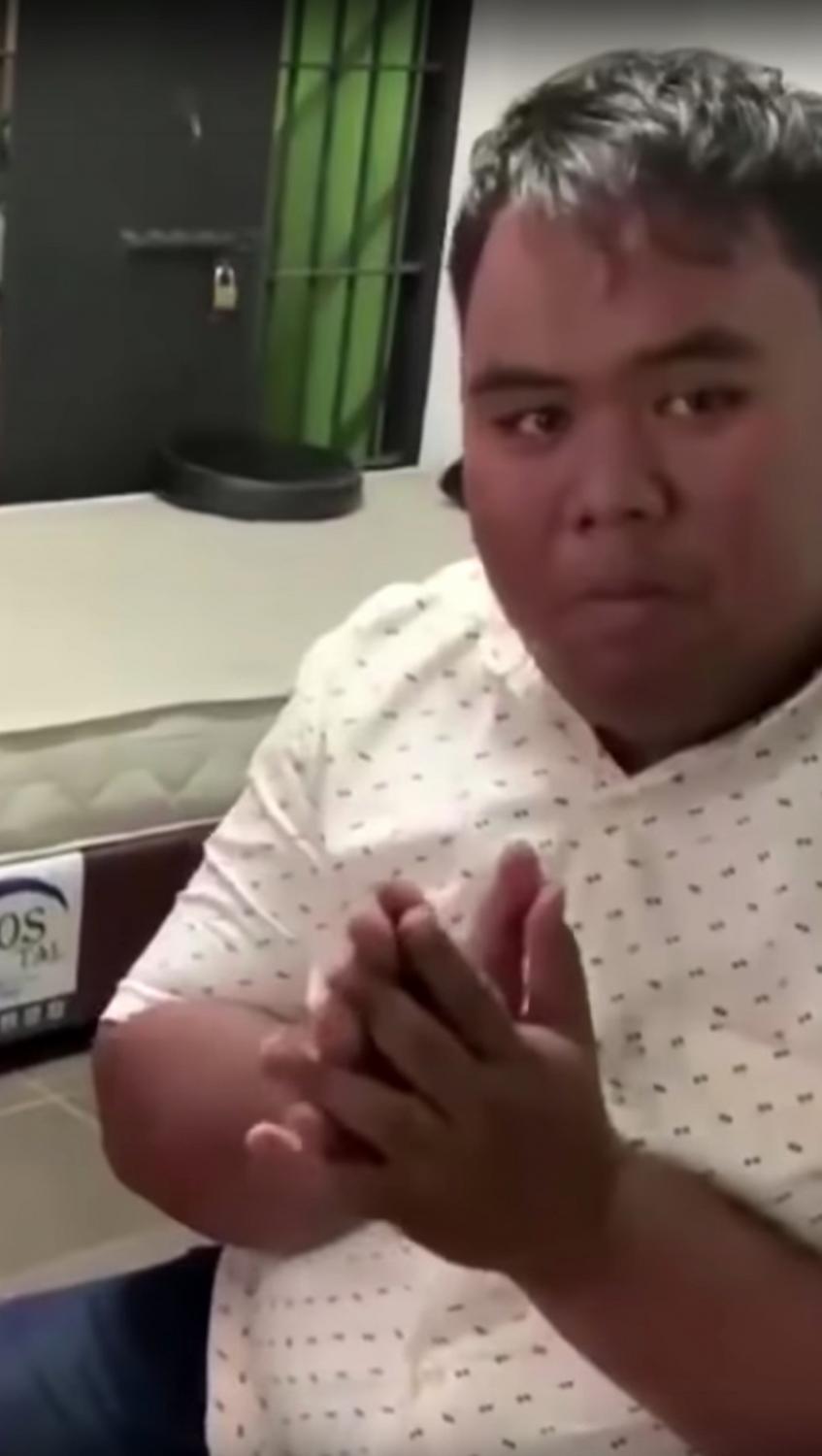 I didn’t mean to rip you off

Police have caught the colourful ex-monk from Samut Prakan who managed to trick some of the nation’s top performers into a concert con which enabled him to fleece traders in Nakhon Si Thammarat of 3.2 million baht

Chiang Rai police nabbed Somchart Phupeuk, or Nott 4G as he is also known, in Chiang Rai last week after potential victims of a new scam — another sham concert in which he had sought sponsors, sold tickets and used his girlfriend’s name to enter legal and commercial agreements — alerted police after identifying him in the media.

Nott, 22, was reunited at Muang district police station with victims from the Nakhon Si Thammarat scam, who happened to be visiting at the time. They joined 10 victims of his unfolding Chiang Rai concert con in condemning him. Nott apologized before the media, claiming he did not mean to offend but was left with little choice when he could not find work.

Victims left out of pocket in Nakhon Si Thammarat welcomed his capture but said they doubted they would be able to recover the sums owed as Nott appeared to have many victims.

One of the performers hired to perform at his Nakhon Si Thammarat concert was comedian Ball Chernyim, who along with other invited artists made a promotional video for Nott after he promised to send a deposit. Nott duly took the clips to traders hoping to join his two-day event at Khanom beach on Aug 17-18, charging them for the privilege.

Contacted last week, Ball said he had spoken to Nott by video call since his arrest. He was furious he had carried on offending. “I asked him why he did it, as he shows no sign of wanting to stop. I would like the chance to teach him a few lessons. He claims he was unable to find work, but that’s because he keeps conning people. Society would give him a chance if he went straight, but I doubt that will happen,” he said.

Nott served as a monk in his home province of Samut Prakan before hatching the concert scam in Nakhon Si Thammarat. Even while planning for that con was still underway, he put together a funeral scam at a temple in Nonthaburi in July, leaving technicians, performers, caterers and sundry others out of pocket by a million baht for a five-day extravaganza complete with lavish catering, giant LED screens and a sound and light stage, supposedly for his dead father.

After fleeing the temple in Nonthaburi, further offending by the swarthy ex-monk came to light when a Samut Prakan man known as Dew says Nott, this time impersonating a housing agent, fleeced him of 209,000 baht.

Late last year, in a preview of the large-scale offending which was to come, he staged a two-day sham merit-making ceremony, supposedly for his father’s ashes, at Wat Khu Sang in Samut Prakan where he served a monk. On that occasion Nott hired a traditional Thai orchestra, likay dance troupe, masked dancers, and Chinese-style banquet but failed to pay a bill amounting to more than 100,000 baht.

In Chiang Rai, police say, Nott had passed himself off as an event organiser and marketer and set up a Line account and Facebook page. Separately, he told victims he was about to stage a concert at the Kaset Fair in Ban Doo at end of October, and was taking deposits of 3,000-10,000 baht.

Among the complainants are his girlfriend, Soontreeluck Kidsuay, who realised she had been conned when a friend called her to say she had identified Nott from news reports of the earlier concert scam.

She said they met when she applied for work with Nott. “He chatted me up and asked if I could be his girlfriend. He took my ID card and started a business, and entered agreements under my name,” she said.

Another victim is Sophonwit Nilmanon who says Nott rented a condo from him but failed to pay the rent.

Nott, who has admitted the police charges, said he fled to Chaing Rai and hatched the plan for the concert because he couldn’t get work elsewhere. A former jailbird, he claimed he planned to visit Nonthaburi to own up to his temple scam on Oct 3 but was caught in Chiang Rai first.

He says he geuininely intended to stage a concert in Nakhon Si Thammarat, but failed to think it through properly. While managing to dupe local traders, he managed to sell just 10 tickets for the event itself, a far cry from the 1,000 he had hoped for. He claims that when he fled to the north he had just 30,000 baht to his name. The police probe continues.

The “pretty” product presenter from Buri Ram who says her self-claimed billionaire husband left her with an unpaid wedding expenses bill of 3.5 million baht insists she agreed to their lightning wedding out of love, not money.

Da, as she has identified herself in the media, complained to police after her husband “Nut”, or “Top”, whom she divorced last week, left her with responsibility for the bill despite making repeated promises to pay. A cheque for 1.6 million baht, supposedly her dowry, also disappeared after he placed it on a tray at the wedding.

The pair met on March 15 at a restaurant; a day later, Nut asked her to marry him. They registered their marriage at Huay Kwang district office on March 26 and held a lavish wedding on May 10 in Buri Ram, her home province, her family having met him just the once.

After Da went before the media last week to air details of her plight, netizens unearthed a long history of frauds perpetrated by Nut, who claims to have been an adviser to wealthy former politicians and to have run a charter airline between Thailand and Hong Kong. 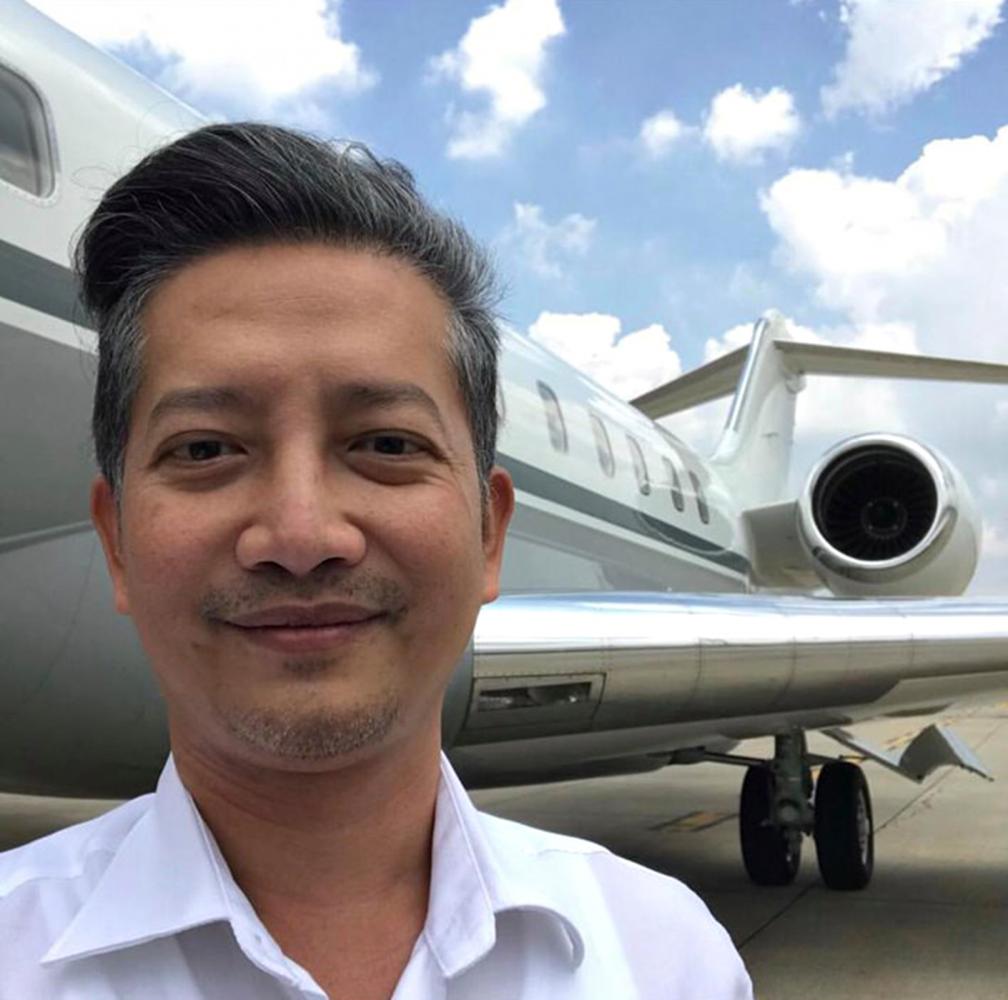 He obtained photos of himself with ex-politicians and top businessman, buttressed by fake bank statements from Hong Kong and a purchase agreement for 157 rooms in a luxury condo which he never intended to buy. He also took advantage of a relationship with a past fling to have himself photographed with luxury sports cars and a private jet, which he took to his next victims to prove to them he was a man of means.

The reality of Nut’s supposed riches is more prosaic. A market trader in Lam Luk Ka, Pathum Thani, says Nut and his former girlfriend sold fried mushrooms for 20 baht a box for four to five months at the start of the year. Media reports say he and his girlfriend parted at the end of March after a four-year relationship in which he took in several of her cars for hire purchase, and falsely cited her name to borrow 1 million baht.

Back to Da, she claims she didn’t find out about his supposed wealth until they had agreed to marry. They met the day her grandfather died; he drove her to Buri Ram for the funeral, when he met her family. She had also met his businessman friends and was sure he was the real deal.

As creditors kept calling, Nut said he was waiting for the funds to arrive from Hong Kong. He would arrange to travel to Hong Kong himself, but then miraculously fall ill. “Anyone else would hurry there to sort it out, which made me think he was a fraud for sure,” she said.

Finally, she asked for a divorce as she was having to take out loans to pay the debts back.

“After I went before the media he sent me a message saying ‘Did you really have to go that far?’ and ‘Don’t you think I might want to dish dirt on you too?'”

Da has consulted celebrity lawyer Ronarong Kaewpetch, and is pursuing her complaint with the police.

Clocking out of love

Rocker Sek Loso’s ex-girlfriend, former model Apisaya “Eve” Pattanaworasap, says she has given up on plans to marry him after two of his ex-wives teamed up to hound her out of his family home in August. 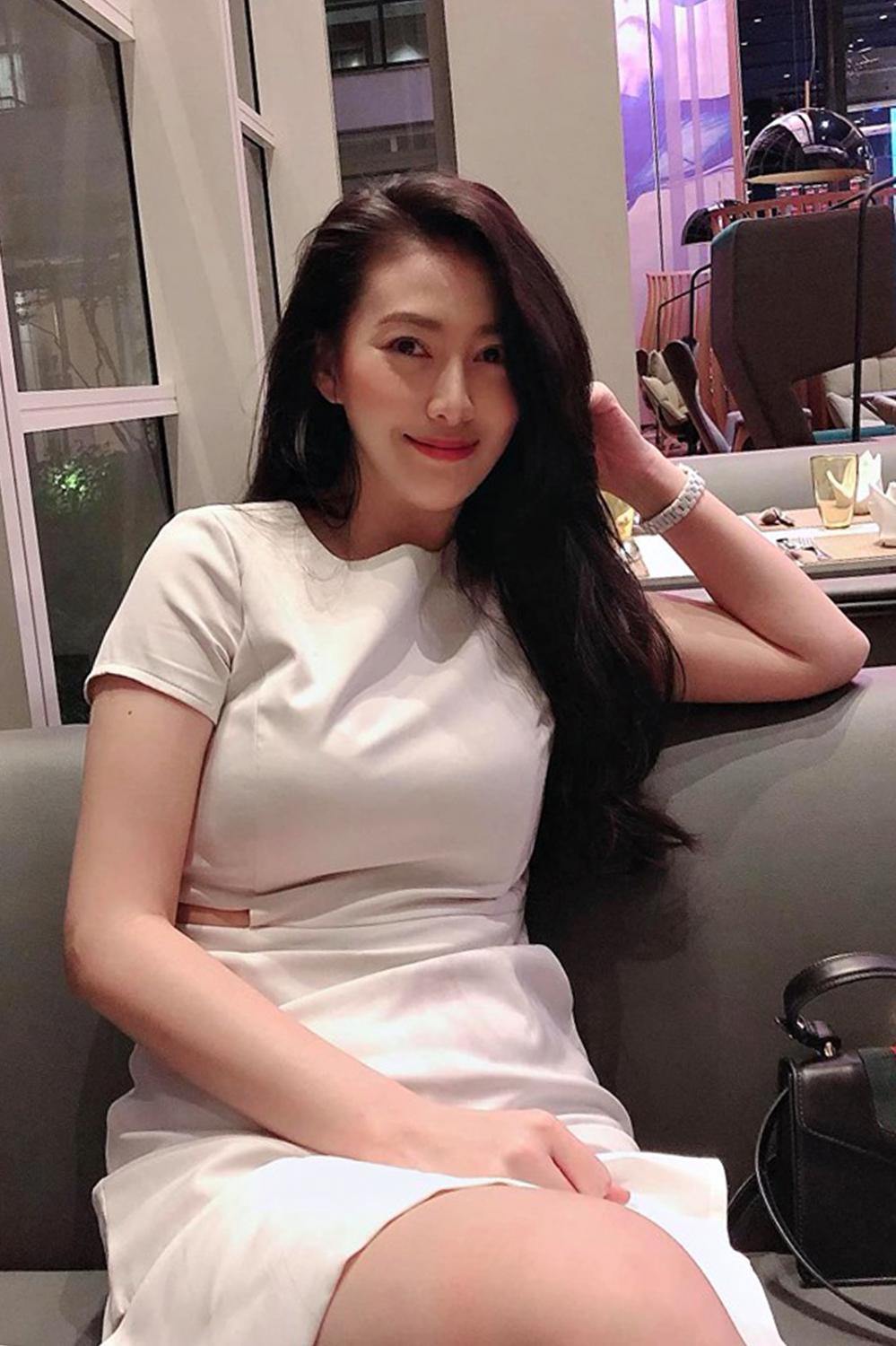 “I am not going back there again,” Eve said last week, referring to Sek’s home from which she was evicted in an early morning raid by Sek’s first ex-wife, Wiphakorn “Kan” Sukpimai, and his second ex-wife, actress Paphada “Sandwich” Chotikawanitch.

Eve, who was once engaged to marry the ailing rocker, said she was now declaring herself single, and taking up work as a face cream presenter, as she had tired of waiting for signs of progress in their relationship. She said Sek had turned up at her place a little more than a week ago, where he met Eve’s mother, Marisa Labua, who took pity on him as he looked unwell.

However, Ms Marisa is still upset with Sek after he failed to “protect” Eve from his former wives. Sek was asleep at Kan’s place at the time, oblivious to the raid. It was their second attempt at evicting Eve, after the first failed when Eve called psychiatric workers to the home to have Kan committed.

Eve, who looked after Sek for a couple of years during his battles with bipolar disorder, said she no longer needs Sek in her life and has blocked him on Line. “The other night he sent a message saying he missed me, but the words ‘I love you, I miss you’ no longer have the same meaning. I am not ‘in’ with it any more,” she said. 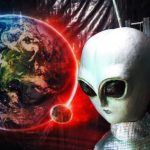