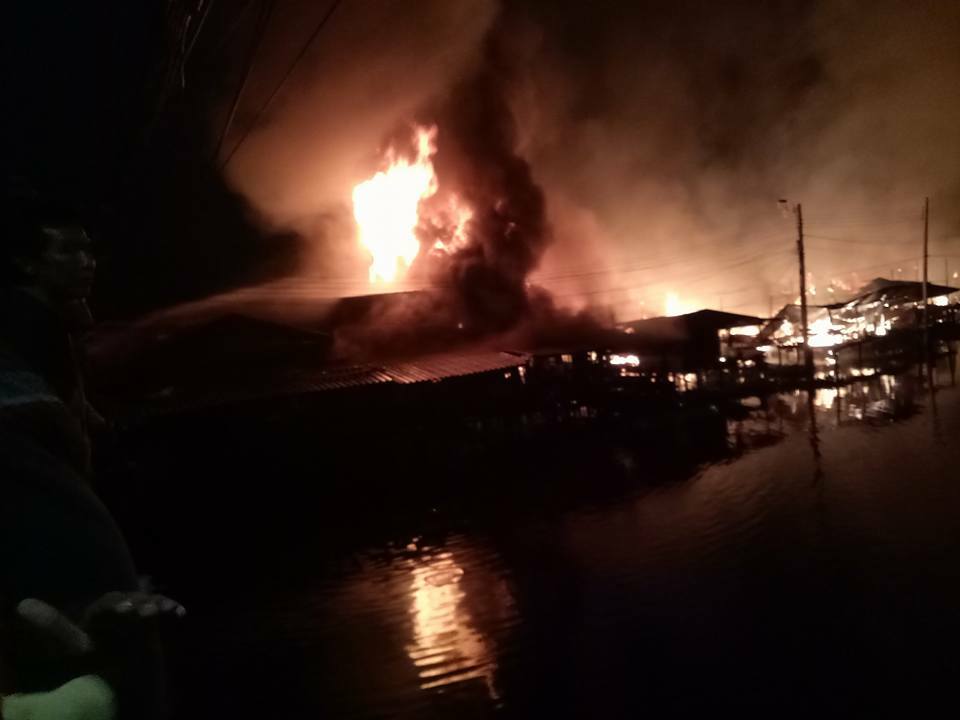 A four-month-old baby boy was burned alive in his bed after fire ripped through a row of wooden slum houses built over a canal on Sunday night.

The tot – named Wai – had been sleeping in the building while his seven-year-old sister looked after him in Bangkok.

But a fire broke out in the home at around 10.30pm – and the sister fled the house forgetting about her younger brother sleeping.

The children’s father, Yutthan Wanitphansakul, 40, had been with friends in a neighbouring building and rushed back – before trying to run inside the burning building.

He was held back by neighbours as flames engulfed 22 shanty houses in the Lat Krabang district.

Devastated father Yutthan clawed through the remains of the building with fire-fighters after the flames had bene extinguished.

He said: ‘’I was at home but walked out to see friends in an alley near where we live. My daughter was at home with my young son. He was wrapped in a white diaper in his bedroom.

‘’I saw my daughter run away from the fire without carrying my son. I tried to help but could not. The fire was burning so violently. All of the neighbour escaped.’’

Police said that a nine-year-old boy was also missing after the deadly blaze. They said it spread quickly because the houses are made of wood and next to many trees.

Police General Apichat Ganjandada said: ‘’The scene is a canal community where the houses are made from wood. Officers mobilised quickly and the fire service spent more than one hour pouring water on the flames.

‘’We believe that 22 houses were destroyed. A four-year-old baby boy was trapped in a house and burned to death and a nine-year-old boy is still missing.’’ 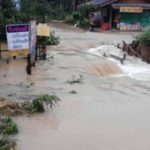