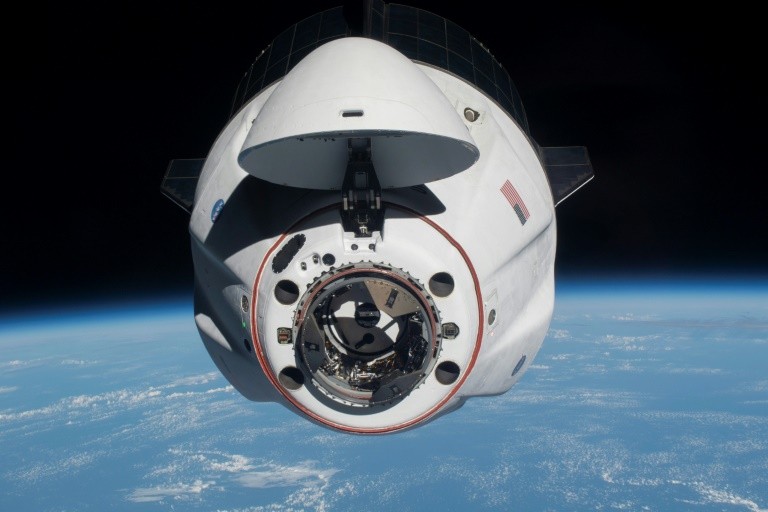 Four astronauts left the International Space Station on Saturday aboard a SpaceX vessel, after more than 160 days in space which will culminate in a splash landing off the Florida coast.

The Crew Dragon capsule undocked from the ISS as scheduled at 8:35 pm (0035 Sunday GMT).

The capsule then fired a series of short bursts with its thrusters to gently ease away from the ISS.

NASA livestream footage showed the Crew Dragon capsule moving off into the dark as it began its journey back to Earth, its rear engines lighting up in small flashes.

Seven astronauts remained on the ISS including a new crew of four who arrived on a different SpaceX craft last week.

“Thanks for your hospitality,” Michael Hopkins, one of the departing US astronauts, said as the capsule moved away.

“We’ll see you back on Earth.”

NASA and SpaceX have alternative splash down sites ready, aside from Panama City, if need be.

“We have been practicing to recover the crews day or night,” Steve Stich, NASA’s Commercial Crew program manager, said shortly before the capsule’s departure.

“The ships have lots of lighting,” helped by “good moonlight,” he said, adding that weather conditions were excellent, with calm seas.

SpaceX boats are expected to reach the capsule about 10 minutes after splashdown.

Astronauts Hopkins, Victor Glover, Shannon Walker and Japan’s Soichi Noguchi went to space last November as the crew on the first fully operational mission to the ISS aboard a vehicle made by Elon Musk’s SpaceX, which has become NASA’s favored commercial transportation partner.

Prior to that, two American astronauts made a test mission to the ISS in May and stayed for two months.

That was the first launch to the ISS from US soil since the end of the Space Shuttle program in 2011. It was also the first crewed mission run by a private company, as opposed to NASA.

Until then US astronauts had caught rides to the ISS aboard Russian spacecraft.

The four astronauts who left Saturday — their mission was called Crew-1 — will splash down in the same capsule in which they traveled into space in November.

With them are freezers with samples from zero-gravity scientific experiments they conducted aboard the ISS.

On Tuesday, departing astronaut Walker handed over command of the ISS to a member of the newly arrived crew, Akihiko Hoshide of Japan.

“While our crew complement time together has been relatively short, it is certainly a time that I will cherish forever,” Walker said. “What really is going to remain with me is the camaraderie and the friendship.”

In the end the departing astronauts spent 168 days aboard the ISS.

“It flew by. It has really gone by quickly,” said Glover.

“All of us, as you can imagine, are very excited about the splashdown because of what it’s going to enable, and that’s the return to our families,” said Hopkins.

“We’re all very happy with the mission. I think we’re all very excited though to come home as well,” he said.

The departure was initially scheduled for Wednesday but postponed twice due to forecasts of bad weather at the splash down site.

In August, when the two astronauts who carried out the test mission splashed down, a flotilla of flag-waving leisure boats had approached the area and had to be shooed away.

Besides the new crew of four, the ISS is still home to another American and two Russians. 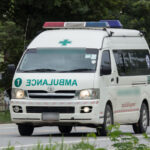 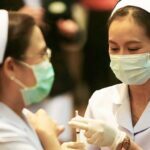