GEORGE TOWN, Four arrested : Police have crippled the biggest drug trafficking syndicate to date this year after seizing more than 506kg drugs, including methamphetamine and ecstasy pills, with a market value of RM26.1 million.

They also arrested four men during the four raids at several locations on the island on Tuesday (Aug 21).  Bukit Aman NCID deputy director Deputy Comm Datuk Kang Chez Chiang said the raids were conducted by police officers from Bukit Aman and Penang with cooperation from the Thailand Narcotics Operations Bureau and the Thailand Office of Narcotics Control Board.

“We found 506kg of methamphetamine packed as tea leaves in 473 packages, and 26,000 ecstasy pills in 13 packages,” he said at a press conference at the Penang police headquarters on Thursday (Aug 23). “All four suspects have criminal records, while two of them tested positive for drugs,” he said.

“The suspects have been remanded for six days ending Aug 27,” he said. 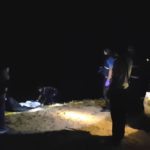