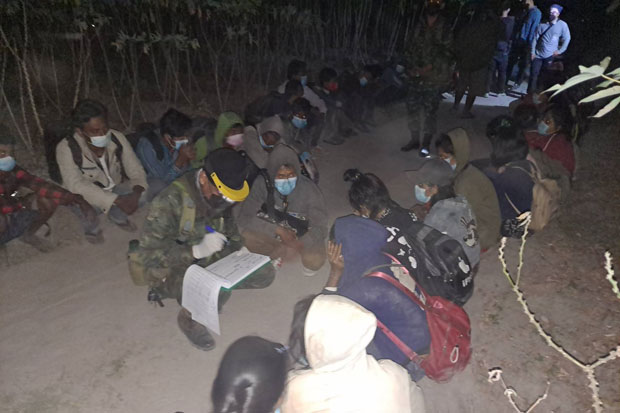 The job seekers – 23 men and 20 women – were spotted by a patrol from Ranger Company 1404 hiding in a tapioca plantation near Huay Nam Khao, the Moo 2 village in tambon Ban Kao of Muang district.

They travelled from Bago, Yangon, Dawei and Pa-an townships in Myanmar and entered Thailand through a natural border crossing near the border village of Huay Nam Khao, according to police.

They were met at the village by three Thai nationals – Jennarong Chumraksa, Suwan Wangmee and Amarin Amnan – who were there to provide them with food and temporary shelter before they were transported further inside the country.

Some of the Myanmar job seekers said they had paid a brokerage fee to job agents, while others said they were to pay the fee on arrivald at the work sites. The fees ranged between 20,000-25,000 baht. Their destinations were Bangkok, Chon Buri, Samut Sakhon and Samut Prakan.

They were to be deported after going through legal proceedings for illegal entry at the Muang police station.

The three Thai men were charged with providing help to illegal border crossers.

Earlier on Saturday, a total of 33 Myanmar job seekers were caught in Sai Yok and Sangkhla Buri districts. This group of 43 who arrived later on Saturday night raised the number of illegal arrivals on Saturday to 76. 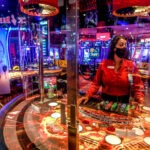 Legalising casinos the way to go