A former Bangkok police chief is recovering in hospital from a gunshot wound sustained in an apparent suicide attempt while travelling in a car driven by his granddaughter.

The incident took place near the home of Pol Lt Gen Sophon Waratchanon in the Ekkamai area of Bangkok, police said yesterday.

Investigators said the former head of the Metropolitan Police Bureau, who retired from the force in 1998, had recently undergone knee surgery and had complained he did not want to live any more.

Before the incident, his niece had taken him out for a sightseeing drive around the neighbourhood near his house. As they drove along Ekkamai Soi 10 on the way back to his home, he suddenly pulled out a .22 Walther and fired a shot into his cheek.

His granddaughter set off for a nearby hospital but as the car reached Ekkamai intersection, Pol Lt Gen Sophon. 82, tried to shoot himself again but the driver’s swift intervention caused him to miss.

The retired officer is currently being treated at Sukhumvit Hospital. Police plan to question him once he has recovered sufficiently to talk. 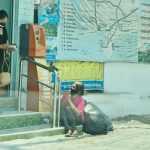 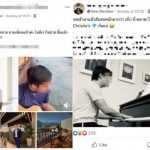 Under lockdown, Thais look for love on university dating groups on Facebook