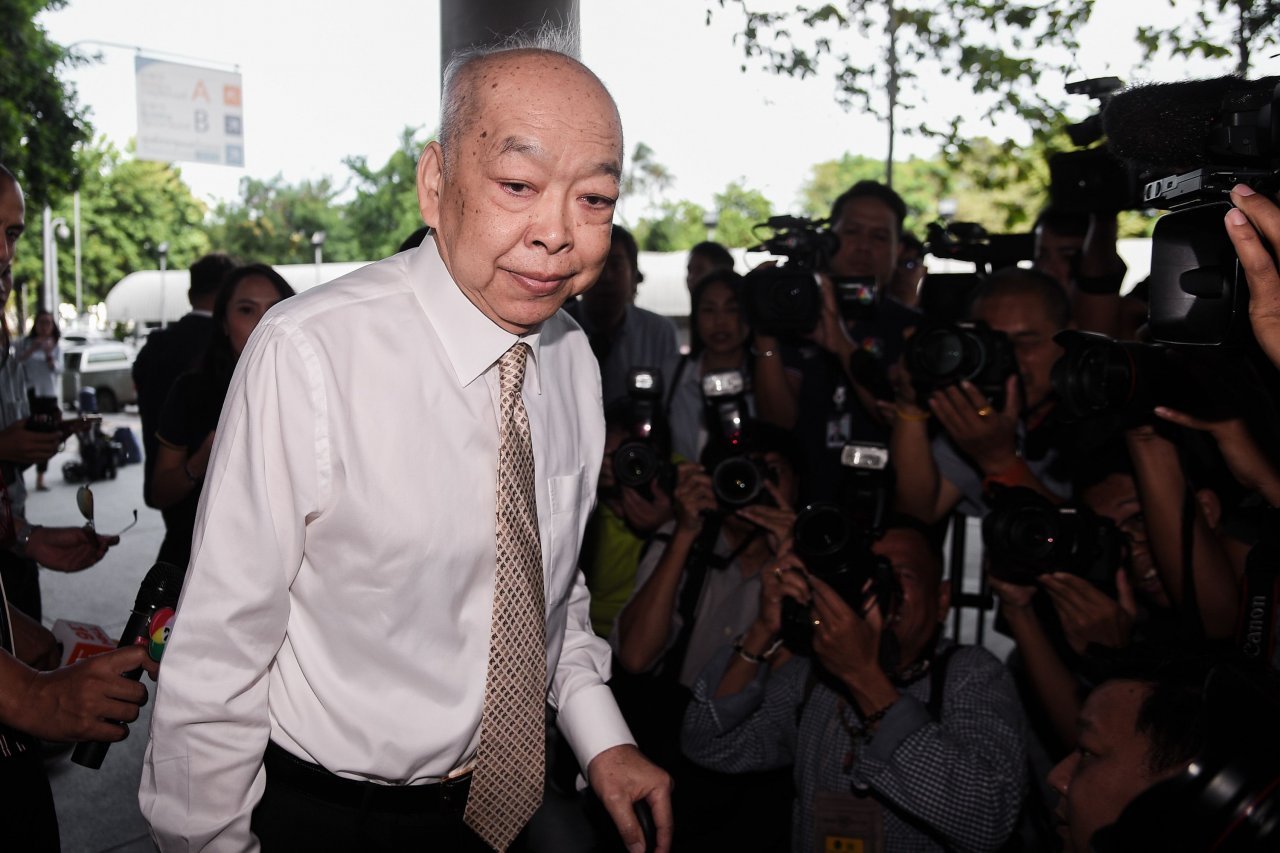 The Supreme Court’s Political Office Holders Division on Tuesday sentenced Surapong Tohvichakchaikul, a former foreign minister, to two years in jail for malfeasance and dereliction of duty by reissuing passports for fugitive ex-premier Thaksin Shinawatra in 2011.

The reissuance of Thaksin’s travel documents was done during Surapong’s tenure as foreign minister in the government of then-PM Yingluck Shinawatra, who is Thaksin’s younger sister.

It ruled in favour of the maximum penalty for the charge as Surapong’s action assisted Thaksin, who had earlier been convicted to a jail term and remained a suspect in many other crimes, in his travel to foreign countries.

The new passports for Thaksin damaged the dignity of the country’s justice system, the court said.

While serving as foreign minister in 2011, Surapong instructed the Foreign Ministry to issue two new passports to Thaksin, whose passports had been revoked in December 2008 by the Democrat-led government of Abhisit Vejjajiva on the grounds that the former PM was deemed to be damaging the country while living abroad.

Surapong said at the time that the new passports for Thaksin, who spends most of his time in Dubai avoiding a two-year jail term for corruption, could be a “New Year’s present”.

The National Legislative Assembly last year impeached Surapong, a key Pheu Thai Party politician, and banned him from politics for five years in connection with his actions in this matter.

The NLA’s action was taken at the request of the National Anti-Corruption Commission.

In supporting his decision to reissue the ex-PM’s passports, Surapong had told the media that he and the Pheu Thai-led government at the time had agreed that Thaksin’s presence overseas did not cause any damage to Thailand or foreign countries, and that he was therefore justified in revoking the Democrat-led government’s order.

Thaksin has lived in self-exile overseas since fleeing the country in 2008.

Surapong has the right to appeal the court’s decision.

A cobra hides in lady’s house