Home » Foreigners to be barred from 10 types of jobs

The Labour Ministry is preparing a directive to bar foreign nationals from self-employment in 10 categories of work, including as managers of human resources or administration in private companies.

He noted that foreigners who live and work in the Kingdom will also have to contribute $360 annually to the economy.

“The jobs which most of them will be barred from is informal work, including driving taxis, tuk-tuks and rickshaws, selling on streets, being barbers, carrying out delivery services or running small businesses,” Mr Sour said. “The ministry is preparing a directive and will issue it soon.”

He said that the ministry will also ban foreigners from taking up positions as managers of human resources or administration in private institutions or enterprises.

“In order to receive permission for using foreigners to work with them, the enterprises or institutions have to show that they have given priority to recruiting Cambodians or that the foreigners have expert skills which Cambodian people do not in order to run their businesses,” Mr Sour noted.

He said self-employed foreigners in Cambodia have to pay $180 per year for long-term visas and another $130 per year for an employment book or card.

“Those coming to Cambodia to seek jobs will also have to pay $50 per year for a foreign employee quota application. So each foreigner will have to pay a total of $360 per year as national revenue,” Mr Sour added.

“I think the Cambodian people who are working in informal sectors will be happy and laud the Ministry of Labour if the implementation of the directive is effective because they can earn more from their businesses, especially workers and vendors in Preah Sihanouk and Siem Reap provinces,” he said.

Mr Pov noted that he has seen several previous announcements barring foreigners from doing the same businesses as Cambodians but implementation was short-lived.

“So, I want to urge the government and the Ministry of Labour to make the sure the directive is enforced effectively so that it does not become redundant,” he added.

According to a Labour Ministry report, there are 160,077 foreigners from 93 countries working in the Kingdom. More than 100,000 are Chinese nationals and the others are Vietnamese, Filipinos, Thais, Indonesians, Taiwanese, Malaysians, South Koreans, Indians and Britons. 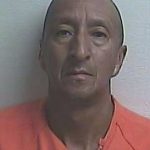 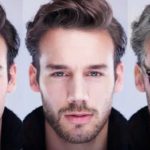