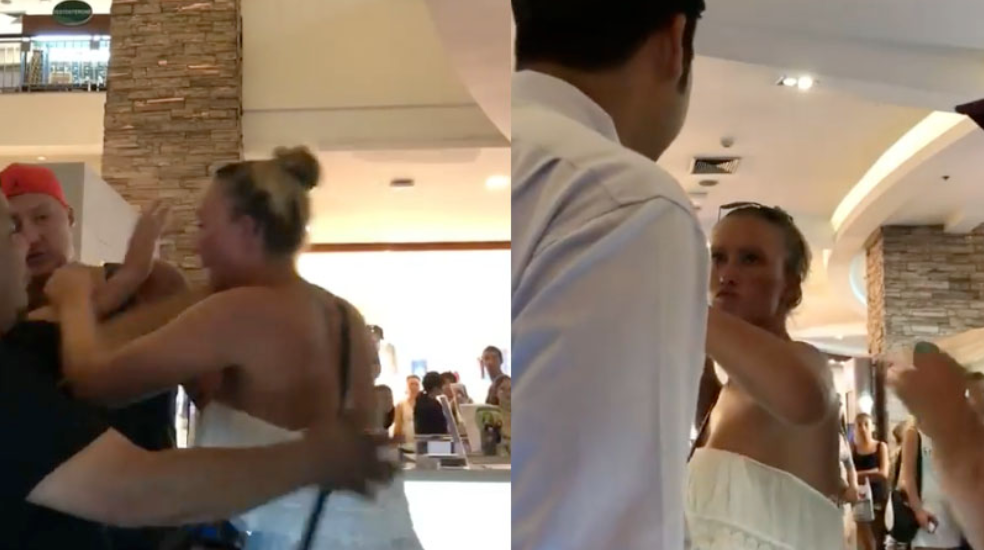 On the last day of the new year public holidays, another misbehaved tourist was caught on video causing a scene in a shopping centre in Phuket.

A clip shared to a Phuket Facebook group last night shows a foreign woman whining and threatening to punch the Thai staff in front of the onlookers at a Phuket shopping mall.

The video was described as an encounter between mall staff and an unidentified group of two men and one woman who allegedly fled without paying a THB3,200 bill ($US99) from Fuji, a Japanese chain restaurant at Jungceylon shopping mall.

“I don’t know where they’re from, but they deserve a good kicking,” video poster Kanittha Messa Jaojankaew wrote in the caption.

“They ate at Fuji Japanese restaurant in Patong. They were drunk and refused to pay up. The Fuji employee followed her with a bill. So rude, this farang. She even threatened to hurt the security guard.”

At the beginning of the video, it looks like the man tries to negotiate the food price to about THB1,000, which the male employee responds, “Cannot.”

Meanwhile, the foreign woman starts yelling, “Police no! The police will leave me.”

“Can you understand British? Then you let us go!”

She waves her fist at the female staff member saying “No way! If you want this, yes, boom!” making motions as if she will fight the older guard.

In the video, she is with two foreign men — the man in the green shorts was assumed to be her husband or boyfriend. As both foreign men and a large male Thai onlooker try to hold the woman back, the woman says “No, no, no. If I want it, I will push her.”

When another, more senior looking security guard in a suit comes on the scene, she shows him her forearms and says, “Is this okay?” as if someone has injured her previously.

At the end of the video, she leaves with with one of the men and gives the other a civilized hug and kiss on the cheek as if they’ve just finished a leisurely brunch and as if she had not just tried to fight a mall cop.

There is no report of where the woman came from or whether she was charged. The video poster noted that the assumed husband agreed to pay THB3,000 ($US93) before they were let go. 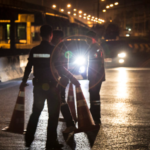 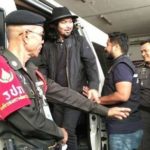