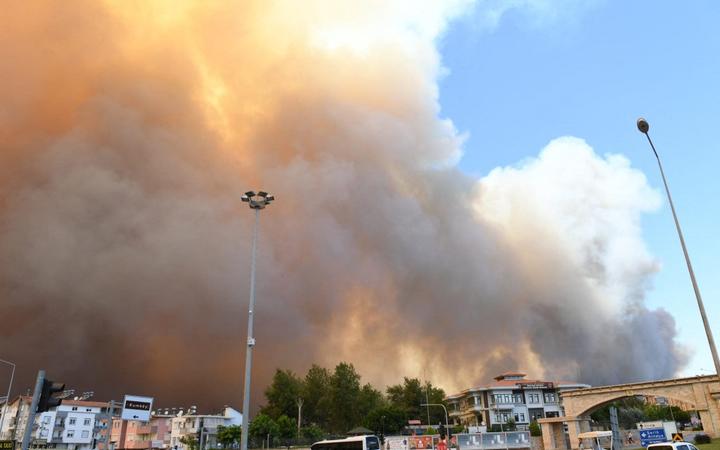 Tourists have been evacuated from beaches in south-western Turkey, where raging wildfires are now threatening hotels and homes.

Turkish Coastguard vessels – assisted by private boats and yachts – were deployed to bring holidaymakers to safety, according to local media.

In the city of Bodrum, three five-star hotels were reportedly evacuated.

The fires, which have been burning since Wednesday, have left six people dead.

Two more fatalities were confirmed on Saturday. They were among the thousands of people who have been battling almost 100 separate blazes in resorts and villages on Turkey’s Mediterranean and Aegean coasts – a major tourist region.

Officials say all but 10 of the fires have now been brought under control.

Local media have also shared dramatic footage showing people with their belongings fleeing the area as a fire was fast approaching the city from a forested mountain. It is unclear exactly when it was filmed.

Investigators are trying to establish whether some of the fires were started deliberately, amid reports that one suspected arsonist has been detained.

President Recep Tayyip Erdogan on Saturday visited the town of Manavgat, were five fire-related deaths have been confirmed.

Mr Erdogan vowed that the government would do everything to help hundreds of people affected by the disaster to rebuild their lives.

The president has been heavily criticised for the shortage of firefighting aircraft in the country. But he said that “the main reason for these issues with planes is that the Turkish Aeronautical Association has not been able to update its fleet and technology”.

He added that more aircraft from Azerbaijan, Iran, Russia and Ukraine were now involved in the massive firefighting operation. 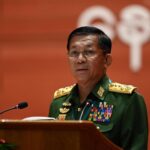 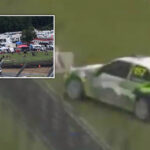 Marshal dies after car flips off at race circuit