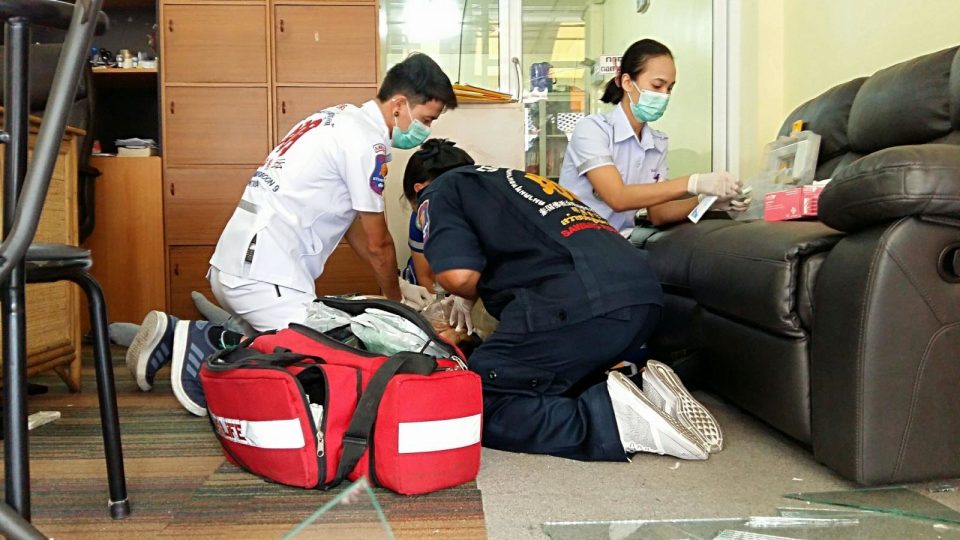 Pattaya police rushed to a shop in Soi 27 Na Klua yesterday afternoon after a language teacher was stabbed in front of colleagues.

A man – identified as only “Rong” – arrived on a motorcycle and kicked in a locked window before stabbing Banthit Namwai, 44, in the chest several times.

He then fled on the bike.

Pol Corp Thitipong Lengrabam found the victim with no pulse and having suffered much blood loss.

He performed CPR at the scene but the victim died later in Bang Lamung Hospital.

The incident happened at “Ban Phasa Service” – that appears to be a tour guide and language center for English and German.

Witness Somporn, 48, said that Rong was a jealous wife-beater who was convinced that his wife was having an affair with Banthit.

The wife is a restaurant worker, reported Thai Rath.

Pictures on the site of 77jowo showed Thais and foreigners showing an interest in the aftermath of the incident. 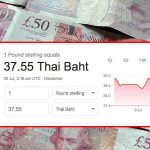 GBP Sterling sinks to a NEW LOW against Thai Baht

Three Vietnamese tied up and robbed by hooded raiders