Home » Foreign hostages executed under the IS ‘caliphate’

The Islamic State jihadist group executed a string of foreign hostages under its self-declared “caliphate” in Syria and neighbouring Iraq.

Here are some of them:

On August 19, 2014, IS posts a video of its militants decapitating US freelance photojournalist James Foley, 40, who was seized in northern Syria in November 2012.

He is the first American journalist to be executed by the jihadists.

Foley was an experienced correspondent who had covered the war in Libya before heading to Syria to follow the revolt against President Bashar al-Assad’s regime for the Global Post, AFP and other outlets.

The video of Foley’s killing also shows a second US reporter, Steven Sotloff, being paraded by a black-clad IS militant who warns that he too will be killed unless then-president Barack Obama halts air strikes on IS in Iraq.

Both Foley and Sotloff wear orange overalls similar to those that were worn by suspected jihadists detained by the US in Guantanamo in Cuba or Abu Ghraib in Iraq.

On September 2, 2014, the jihadists claim they have beheaded Sotloff, aged 31. Sotloff had spent years working in Muslim countries before being reportedly kidnapped in northern Syria in August 2013.

In the video accompanying the claim, he is shown on his knees in a desert landscape next to a masked man, armed with a knife.

The militant condemns the ongoing US strikes against IS and then introduces a second captive, Briton David Haines, and threatens to execute him too.

US and British aid workers

He had been abducted in Syria in March 2013 while working for a Paris-based non-governmental organisation.

The jihadists reproach Britain for having joined the US-led coalition against them, and threaten to execute another British aid volunteer, Alan Henning.

On October 3, 2014, the extremist group in a video claims responsibility for 47-year-old Henning’s beheading.

Henning, a former taxi driver, was abducted in late 2013 after he volunteered to drive into Syria with an unofficial humanitarian aid convoy to help displaced people.

IS jihadists then parade another hostage, American Peter Kassig, threatening to make him their next victim.

A former soldier in Iraq, Kassig had founded an aid organisation in 2012 and taken the name Abdul Rahman after converting to Islam.

In a video said to be of his death, IS also says it has beheaded at least 18 men described as Syrian military personnel, the latest in a series of mass executions it has carried out in Syria and Iraq.

A self-employed security contractor from Japan, he was seized in Syria in August 2014.

On January 31, 2015, the jihadist group announces the execution of respected Japanese war correspondent Kenji Goto, 47, abducted while searching for Yukawa in Syria.

Kassasbeh was captured in December 2014 after his plane crashed in Syria.

Jordan, part of the international coalition battling IS, responded by intensifying its strikes against the group.

On November 18, 2015, IS says it has killed Norwegian hostage Ole-Johan Grimsgaard-Ofstad, 48, and Chinese national Fan Jinghui, 50.

The announcement comes two months after the jihadist group demanded a ransom for the pair’s release.

Grimsgaard-Ofstad was kidnapped shortly after his arrival in Syria in January the same year. IS presented the Chinese hostage as a consultant.

In its English-language Dabiq magazine, the IS shows the bodies of two men blindfolded. 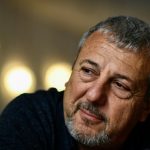 Doctor convicted of euthanasia hits the stage in Madrid