Food supplement Fraudsters: Fraud suspect Pasit “Sinsae Shogun” Ariyalapit was sentenced on Wednesday by the primary court to a total of 4,355 years in prison plus a Bt20,000 fine, although under Thai law she would actually serve only 20 years behind bars as the maximum prison term for the offences.

Pasit, 31, was found guilty of 871 counts of violating the 1984 Decree on Obtaining Loans Amounting to Public Cheating and Fraud and of violating the Food Act 1979 through selling food supplement products with faulty labels.

Meanwhile, the food supplement firm WealthEver, the first defendant in the case, was ordered by the court to pay a fine of Bt435.52 million. Pasit was the firm’s founder and chief executive.

The wrongdoings by Pasit and her accomplices made news headlines early last year as they were accused of cheating more than 1,000 people who were, from January to April 2017, lured into paying a Bt9,700 per head membership fee to get food supplements and a chance to win a free three-day return trip to Japan.

The would-be travellers were left stranded at Suvarnabhumi Airport last April, resulting in police investigations and the arrest of Pasit while she was trying to flee the country via Ranong. The Crime Suppression Division (CSD) subsequently issued arrest warrants alleging additional public fraud charges against Pasit’s eight alleged accomplices.

Two other defendants in this case – Pasit’s close friend and personal secretary Thasdao Samakkasikan, 36, and another woman named Parinthorn Honghiran Dakker, 36 – were also each sentenced to 4,355 years in prison but would also serve only the maximum 20 years.

The court also ordered the company, Pasit, Thasdao and Parinthorn to repay a combined Bt51 million to the 871 damaged persons plus a 7.5 per cent annual interest, starting from July 6, 2017 when the lawsuit was filed until the full payment is made.

When this case caught Thai public attention, the Tourism and Sports Ministry at the time reacted to the widespread fallout of the case by saying it would seek cooperation from Facebook and Line social media platforms to help prevent dishonest businesses from luring customers to join Ponzi and similar schemes. 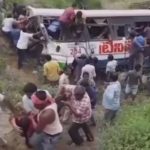