Home » Food delivery rider caught with more than 1,000 bras and panties he ‘stole from customer clotheslines’ 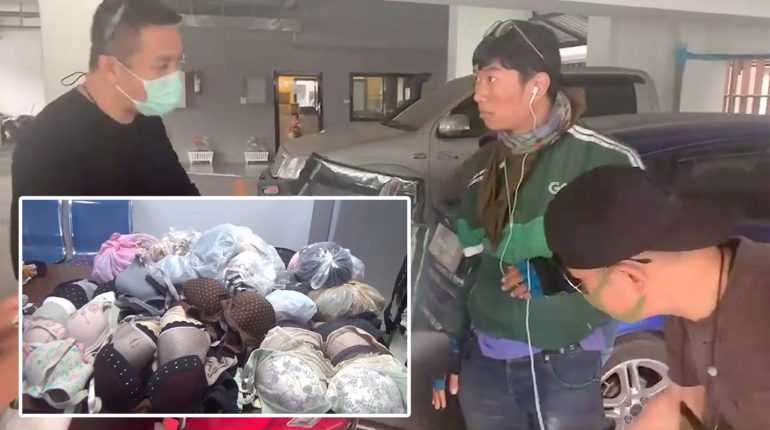 A food delivery rider was arrested for allegedly stealing more than 1,000 pieces of women’s underwear while he dropped off their meals.

Nonthawat Inthachan, 27, was found with a sordid collection of bras and knickers from different women at his home in Chiang Mai, northern Thailand, on April 22.

He was allegedly caught after a resident noticed her favourite light blue bra and knicker set was missing and checked CCTV to try and find them.

She was shocked when she was Nonthawat in his green company uniform rummaging through the underwear on her clothesline.

Nonthawat was traced to a property in the city where he was arrested as he left work. He later allegedly admitted stealing the clothes.

Police Colonel Kittiphong Phetmunee from Chang Puak district police station said: “The delivery guy admitted stealing the clothes. They’ll now be kept as evidence. The station is open for any women who want to check their stolen belongings.”

Officers said that other alleged victims had since come forward. Three of them are seen at the station checking the haul.

One of the women’s security camera allegedly showed how the pervert took the bras from a hanger and smelled them while he was wearing a mask and a helmet. The alleged victim said that her underwear had gone missing several times a week.

The camera also appears to show the delivery man hiding the underwear inside his jacket, before delivering food the residents like nothing happened.

The woman said she wanted to know who the thief was because she was tired of losing her bras and panties so she handed the clip to the police.

Chiang Mai police identified the suspect based on the footage and he admitted stealing the bras. He said he liked to sniff the underwear and kept stealing more once the smell had gone.

Police Colonel Kittiphong Phetmunee added: ”The offender stole the underwear because it aroused him. He liked to smell them. Now he will have to pay the victims to replace the items and he will be charged with theft.” 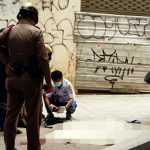 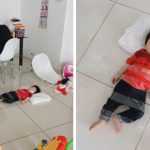 Parents tape their baby to the floor while working from home