Five sailors have been rescued yesterday while a boat captain is still missing after a fishing boat capsized in Sattahip on Tuesday night. They had been in the water for over twelve hours.

The Royal Thai Navy were notified of the incident yesterday.

Five Myanmar sailors have been rescued and taken back to the land. The Thai boat captain is still missing.

One of the boat crew said the boat was being hit by heavy waves at about 11:30 PM on Tuesday night.

Meanwhile three sailors have been rescued after a ship capsized in Sri Racha this week. Additionally, a fisherman from Myanmar was rescued near Trat this past weekend after twelve hours alone in the ocean.

Navy officials warn that with the consistent wind and colder weather small vessels should stay ashore as heavy waves are common in parts of the Gulf right now. 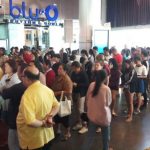 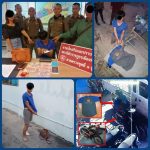