Five Charged: Five people face charges of recklessness causing death in the case of businesswoman Panumat Sae-tae, who drowned on September 6 when an underpass leading to her housing estate flooded and trapped her vehicle.

Bangkok police deputy chief Pol Maj-General Sompong Chingdoung told reporters on Sunday that three security guards at the estate and two executives involved in its operation would be charged.

Panumat, 41, could not escape from her pickup truck when it was inundated in 2.5 metres of water during a storm and drowned after frantic rescue efforts failed.

The executives facing negligence charges were expected to report to police on Monday, Sompong said, while the guards had already been charged with failing to stop vehicles entering the underpass when they knew other motorists had encountered flooding there that day. 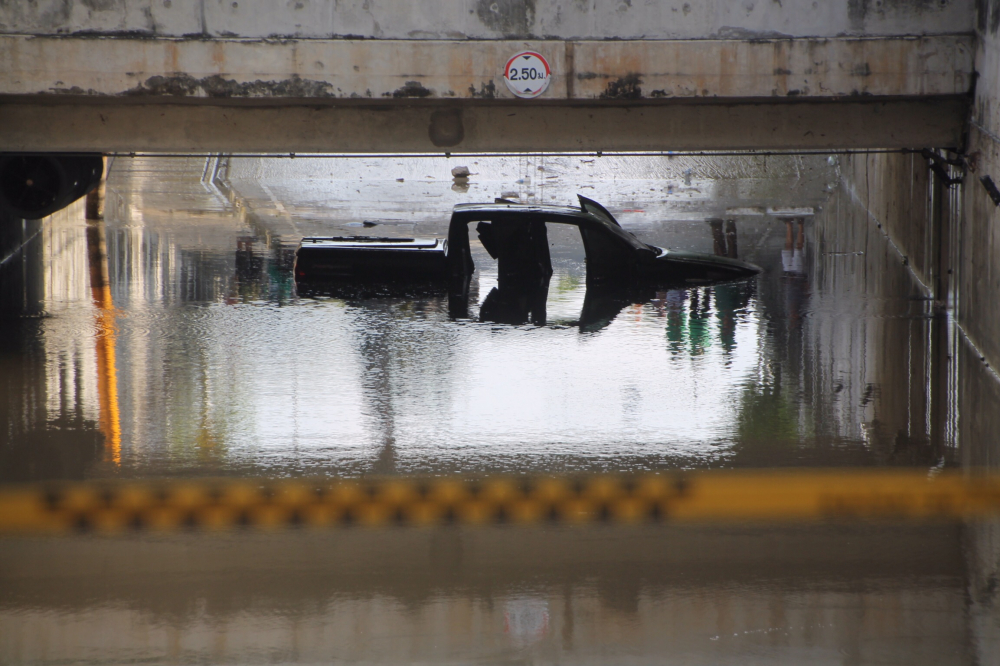 Suchatvee Suwansawat, president of King Mongkut’s Institute of Technology Ladkrabang, told the press a fact-finding committee determined that a faulty drainage system caused the 100-metre-long tunnel under a railway line to flood.

He said its water-retention well designed to divert rainwater to a separate pumping well and prevent flooding had become silted up with mud. The heavy wet sand dislodged the pipe connected to the pumping well, resulting in the rapid flooding of the underpass.

Suchatvee said Bangkok had many underpasses with the same issue – Sompong put the number at up to 10.

The solution would be to install a sensor in the pumping well that would detect any problem with the connecting pipe, Suchatvee said. It would alert custodians so that access to the tunnel could be blocked.

He also recommended weekly checks on such drainage systems – and even daily during the rainy season.