WHO reverses course and says people should…

Five arrested during biggest methamphetamine bust in a decade

Police announced the culmination of a 2-year investigation has led to five arrests and the largest methamphetamine haul in over a decade.

Over 900,000 ya ba tablets with a street value of 100 million baht were confiscated along with 1-kg of crystal methamphetamine.

The Pattaya Police bust of a drug addict led to the arrest of a dealer with 50 grams of crystal methamphetamine in Banbung, Chonburi. The dealer then revealed his source was a big drug agent in Nonthaburi. He was talked into setting up a buy of 1-kg crystal methamphetamine and 10,000 ya ba tablets at the larger dealer’s house in Bangpai, Nonthaburi.

Another sting was set up to have Taitoon and Chonthicha deliver drugs to a predetermined spot in front of the Toyota Showroom in Ladlumkaew, Pathum Thani. 100,000 tablets of amphetamine were found in their pickup trucks.

Taitoon and Chonthicha confessed and told police they got their drugs from a man named Somsak Bung Hee Pandontree.

Somsak managed to escape before police arrived, but he left behind 700,000 amphetamine tablets in his Toyota Fortuner. Police seized an additional 100,000 tablets buried at his home in Suphanburi.

All suspects have been charged with drugs, weapons, fraud, and gambling offenses. 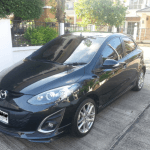 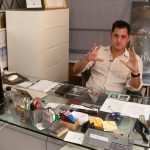 Mark KellyJune 7, 2020
A Bangkok woman has laid a complaint against her former live-in partner with police after...
END_OF_DOCUMENT_TOKEN_TO_BE_REPLACED

WHO reverses course and says people should wear face masks during coronavirus...