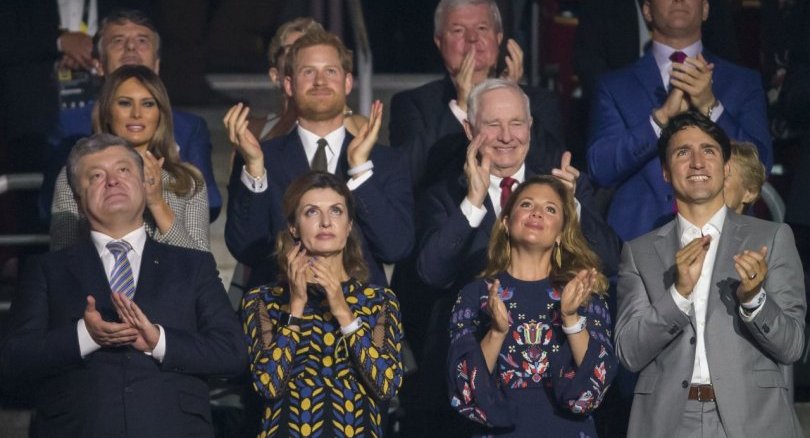 Prince Harry and his girlfriend Meghan Markle made their first official public appearance together Monday, arriving hand in hand for a wheelchair tennis match at Toronto’s Invictus Games.

Wearing a black “Invictus Games” polo shirt and jeans, the British royal and American actress Markle — also dressed down in jeans and a white shirt — enjoyed the sun together as they watched the action on the court. Since the 36-year-old “Suits” actress told Vanity Fair the couple are “in love,” fans and the press have been eagerly awaiting an official appearance — with onlookers scrabbling to take pictures as they were escorted into Monday’s event. “We’re two people who are really happy and in love,” Markle told the magazine in an interview published early this month.

The couple both attended the opening ceremony of the third Invictus Games — created by Prince Harry for disabled or wounded soldiers and veterans — on Saturday. Markle was pictured sitting a few rows behind the royal’s seat next to US First Lady Melania Trump. According to his schedule, Queen Elizabeth II’s grandson will stay at Markle’s Toronto home for all eight days of the Games.   Source: Nation News

Wires to go underground in Bangkok