Home » First ANA A380 rolls out of assembly hangar

All Nippon Airways (ANA) has announced that airframe assembly is completed on its first A380 aircraft in Toulouse, France.

The aircraft with the ANA logo already painted on the tail has moved to an outdoor station where structural completion, engine installation and cockpit furnishing will be done.

System testing for electric power, hydraulic power and air conditioning will be also conducted there.

The A380 will be equipped with an unusual configuration of eight First Class seats, 56 Business Class seats, 73 Premium Economy seats and 383 Economy Class seats, which includes 60 couches.

The A380 is the world’s largest, most spacious airliner.

The A380 will help to meet growth and overcome capacity constraints at airports in Tokyo.

Thirteen airlines currently operate 226 A380s at 60 destinations, and 240 airports can accommodate the A380.

Over 6,000 orchids intercepted on way to Laos 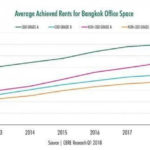