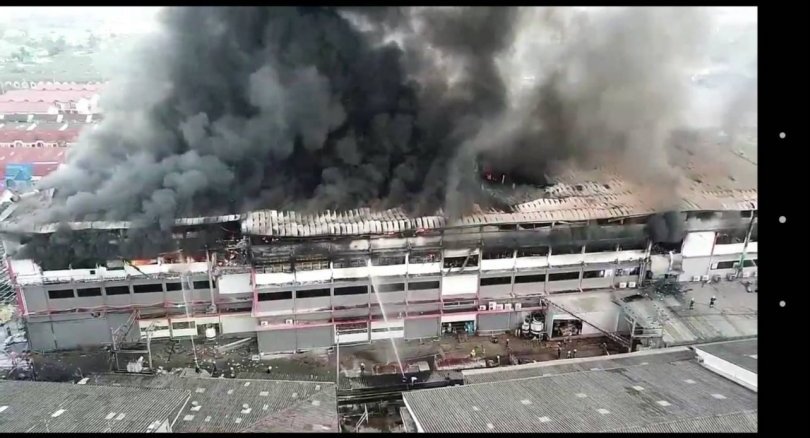 For more than four hours, a huge fire has raged at a factory in Bang Khunthien district but firefighters have yet to extinguish the blaze.

Some buildings of the SYK Autoparts Import-Export firm that produced helmets have started to collapse.

Reports mentioned that the fire was so huge that firefighters could not put it out and chose to let burn out by itself, which would take an estimated five more hours.

Police were alerted at about 2.30pm about the fire on the 3-rai site. 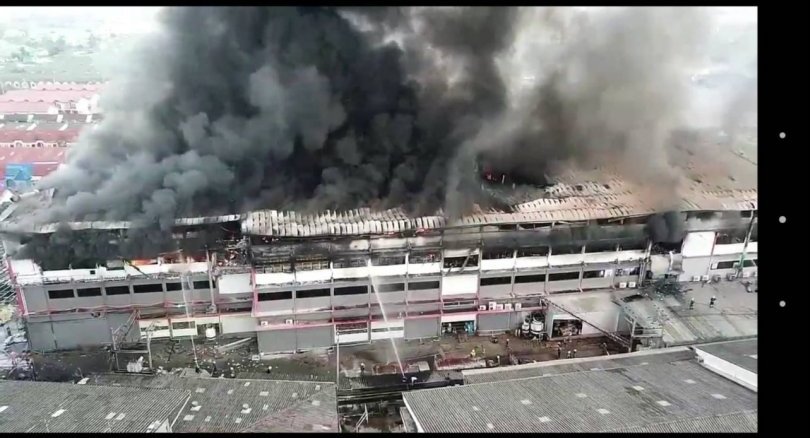 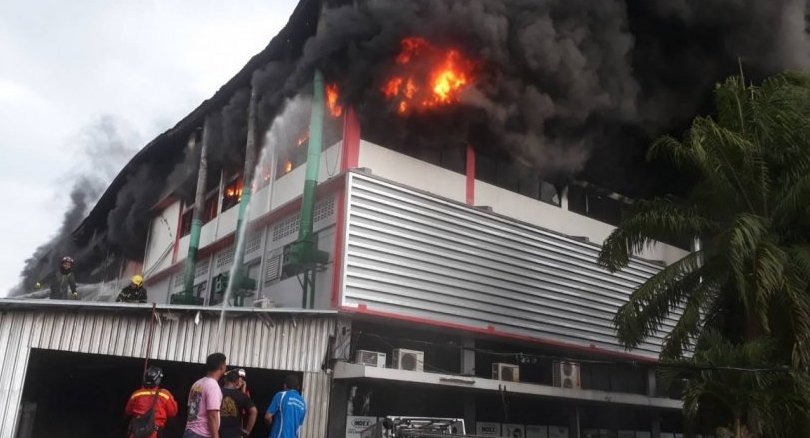 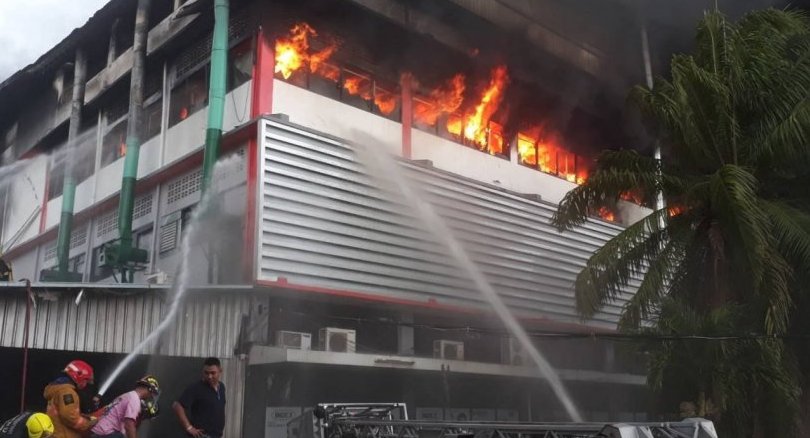 There were about 1,000 workers at the factory when the fire broke out. They ran out and only two were slightly injured.

Police said the fire engulfed the entire factory quite fast because of the materials used in the production of helmets, including paint, plastic and thinner, were flammable. Each floor was connected by air ventilators that spread the fire.