A former Philadelphia police officer accused of fatally shooting a 12-year-old boy in the back has been charged with murder, the District Attorney’s office announced Monday.

Edsaul Mendoza, 26, who was fired following the fatal shooting of Thomas ‘TJ’ Siderio in March has been charged with first-degree murder, third-degree murder, voluntary manslaughter and possessing an instrument of crime in connection to the March 1 shooting, District Attorney Larry Krasner said.

Krasner said Monday during a press briefing the officer who shot Siderio knew the young boy was unarmed before shooting him in the back.

Mendoza was a member of the Philadelphia Police Department’s South Task Force, and was fired from his post in April for violating the city’s use-of-force policy.

On March 1, four plainclothes officers from the task force in an unmarked police car were conducting surveillance while responding to social media posts involving a stolen gun.

The officers allege they saw two young males, including Siderio, on the street, holding a gun. Officers put on the emergency lights and approached the young men in their unmarked vehicle.

That’s when police say they heard gunfire and the sound of glass shattering from the rear passenger window.

The first shot hit Siderio in the upper right back, with the bullet exiting his left chest. According to the district attorney, Siderio had discarded the gun after the first bullet struck him.

‘Thus, when Mendoza fired the third and fatal shot, he knew the 12-year-old, five-foot tall, 111-pound Thomas Siderio no longer had a gun and no ability to harm him,’ the district attorney said.

‘But he fired a shot through his back nonetheless, killing him,’ Krasner said.

The 12-year-old then stopped running and went to the ground. Mendoza then approached him and fired the first shot, killing Siderio, according to the grand jury presentment.

Siderio was rushed to the hospital where he was pronounced dead a short time later.

Krasner said much of the evidence was based on a video that has not been publicly released.

Court records show Mendoza surrendered Sunday. He is being held without bail. 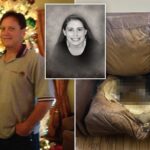 Parents charged with murder over daughter 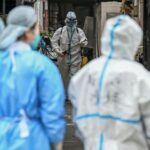