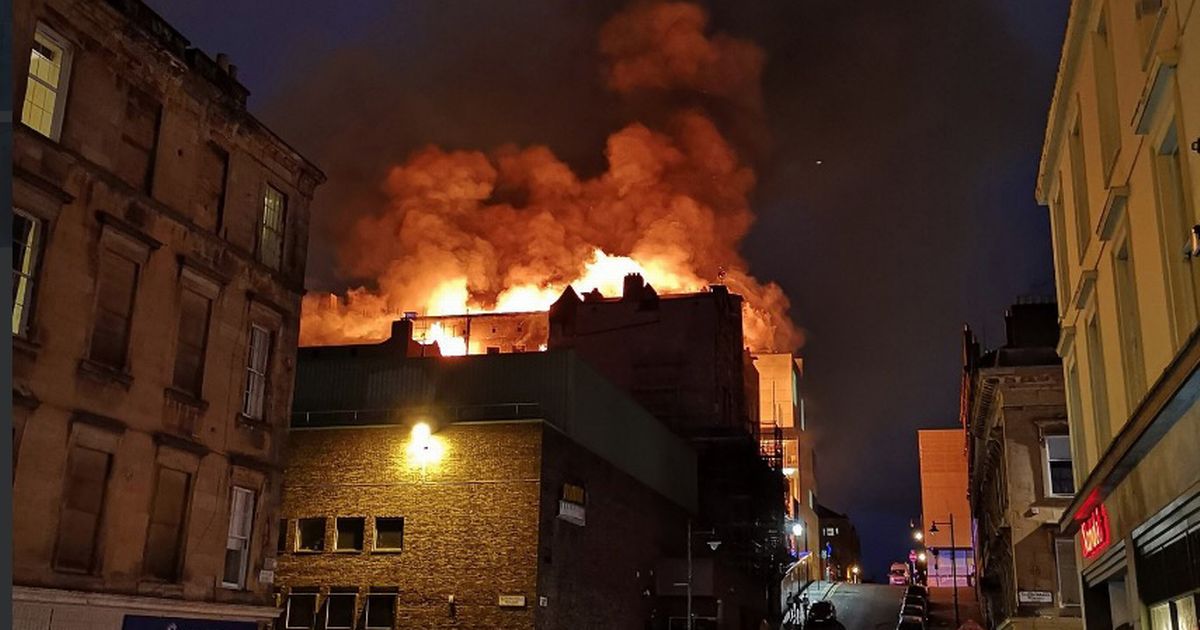 The blaze marks the second at the school since 2014.

The school confirmed the fire in a tweet on Saturday morning.

It said: “There is a fire at the Mackintosh Building.

“The fire brigade are currently on scene. We will report back with news updates as soon as possible.”

The towering furnace’s flames have spread to “several properties” as over 120 firefighters attend the scene as part of a desperate effort to bring the situation under control.

The nearby O2 ABC has suffered “extensive damage” as the fire continued to burn.

Nicola Sturgeon has spoken out about the “extremely serious situation”.

The Scottish First Minister stated: “Once again, we are indebted to the bravery of our firefighters and other emergency services.

“This is clearly an extremely serious situation.

“My first thoughts tonight are for the safety of people – but my heart also breaks for Glasgow’s beloved School of Art.”

The Scottish Fire and Rescue Service confirmed they were in attendance.

They tweeted: “Firefighters are working hard to extinguish the well-developed fire that has taken hold of the Mackintosh building in the Glasgow School of Art.”

The campus was believed to have been evacuated and firefighters are battling to get the horrifying blaze under control.

The school has been undergoing renovations since the previous fire in May 2014.

Labour MP for Glasgow North East and Shadow Scottish Minister, Paul Sweeney, insisted he was “devastated” the building had been plagued by flames again following its 2014 restoration.

He said: “Devastated that a major fire has broken out at the Glasgow School of Art tonight.

“The Mack has been undergoing restoration since the last devastating fire in 2014.

“Scotland Fire and Rescue are doing everything they can to salvage the most architecturally important building in Glasgow.

“The 2014 fire destroyed around 20 percent of the western wing of the building.

“This fire appears to be more extensive and affects the eastern wing of the building.”

Witnesses at the scene were shocked and saddened by the inferno.

One Twitter user said: “Absolutely horrifying to see the news of another major fire at Glasgow School of Art.”

Another said: “Heartbreaking. My thoughts go out to all the students and staff.”

Glasgow is currently celebrating the 150th birthday of Charles Rennie Mackintosh, the designer of the Glasgow School of Art building.

Earlier this week, a mural to the architect was revealed on a wall overlooking the city’s Clutha Bar.

The Glasgow School of Art was considered by many to be Mackintosh’s masterpiece. 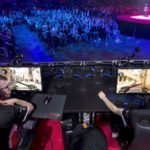