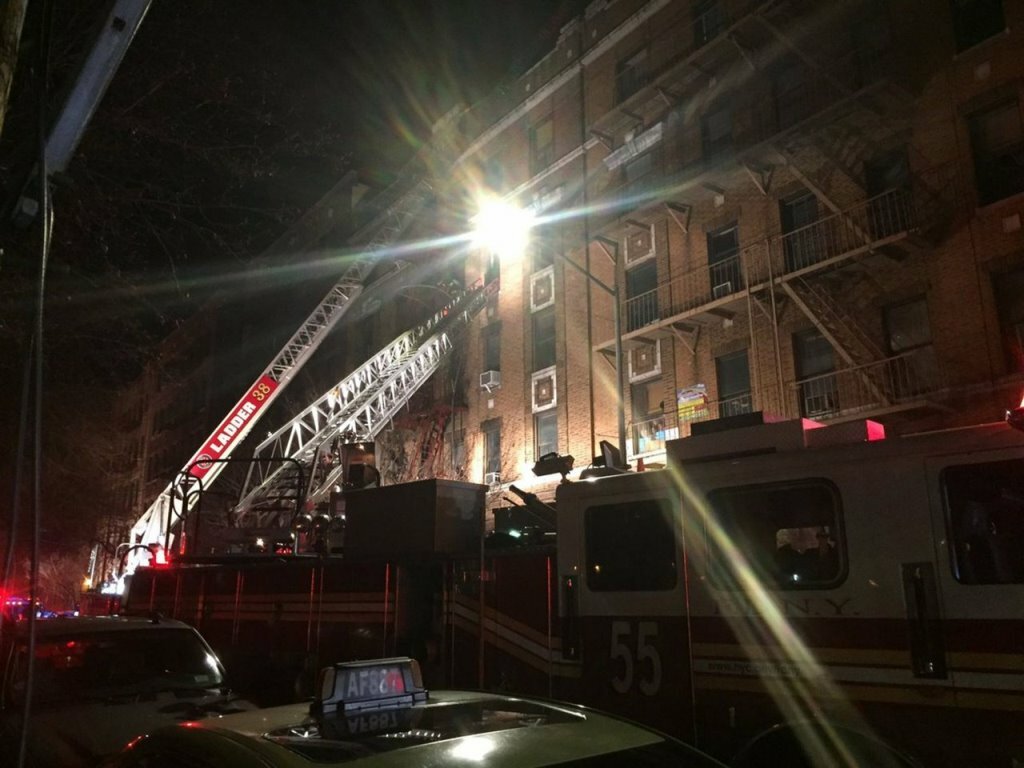 A fire tore through an apartment building in New York’s borough of the Bronx late Thursday, killing at least 12 people including a child, and leaving four others critically injured, the mayor said.

The cause of the blaze at 2363 Prospect Avenue was not immediately clear, but it began on the first floor and spread rapidly to the third floor, officials said. “I’m sorry to report 12 New Yorkers are dead, including one child as young as one year old,” Mayor Bill de Blasio told reporters at the scene after the blaze was extinguished by fire fighters.

Four other people were critically injured and fighting for their lives, officials said. “We may lose others as well,” the mayor said. The victims range in age from one to more than 50 years old, de Blasio said. A nearby school has been set up as a shelter to house those who were evacuated from the building. The five-alarm fire broke out in the building in the city’s northernmost borough at around 7:00 pm (0000 GMT Friday) on a bitterly cold night, with temperatures well below freezing.  Source: Asia Nation