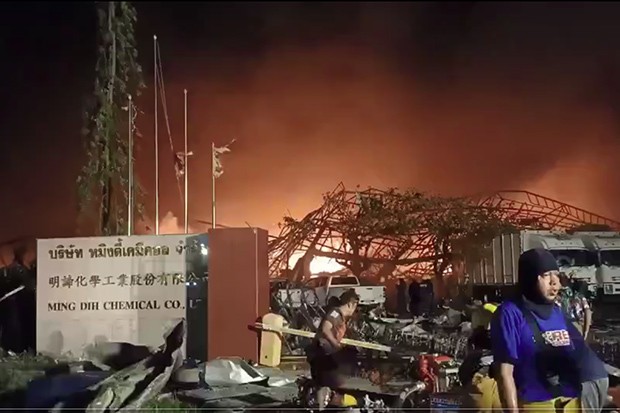 The huge blast occurred at around 2.50am on Monday at the Ming Dih Chemical Co factory in Soi King Kaew 21 in Rachathewa subdistrict. Chemicals stored in the factory’s underground tanks reportedly caused small explosions intermittently throughout the night.

Firefighters successfully shut off all chemical valves to cut off the fuel supply fanning the flames. They continued spraying the area with water to reduce the temperature and prevent possible explosions. 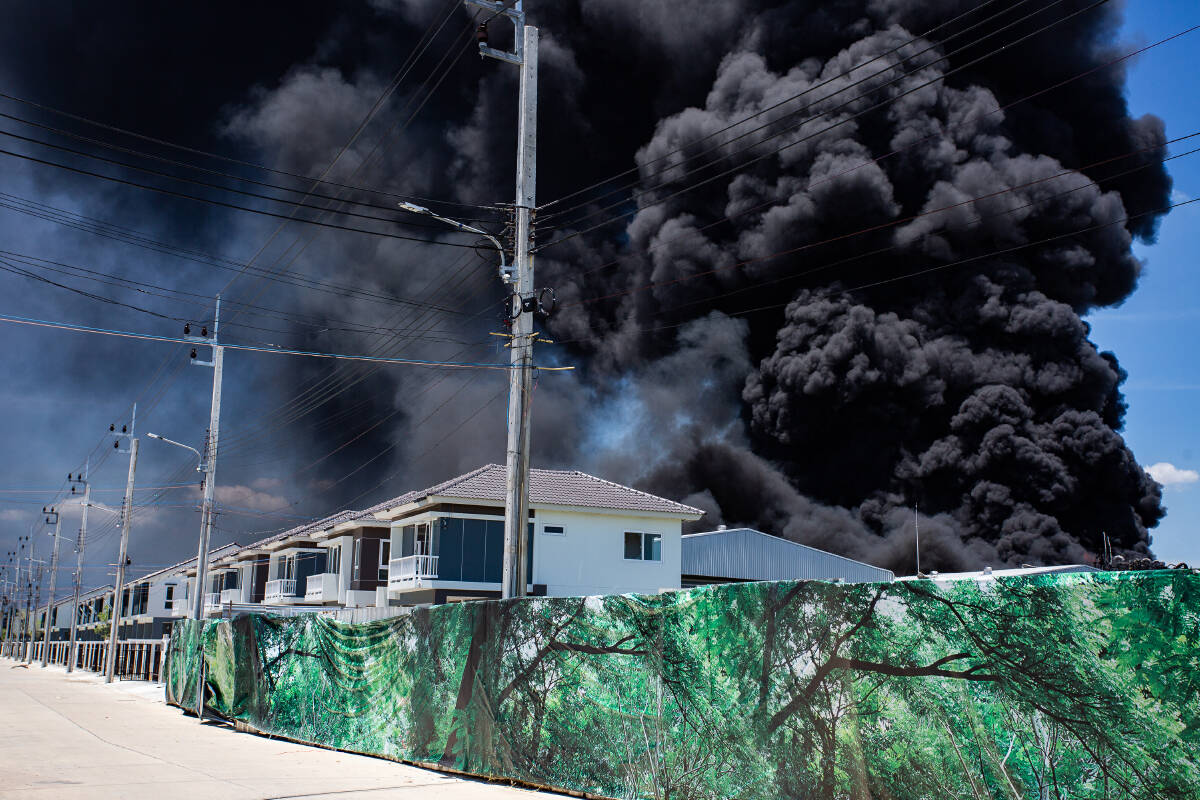 The Department of Disaster Prevention and Mitigation reported that at least 70 houses and 15 vehicles were damaged in the explosion. One firefighting volunteer died and 20 people were injured.

Residents within a 5-kilometre radius of the factory were ordered to evacuate.

The department has told people living in tye affected areas to not return home yet until officials from the Pollution Control Department inspect the area and confirm about safety. 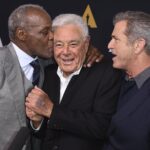 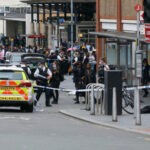