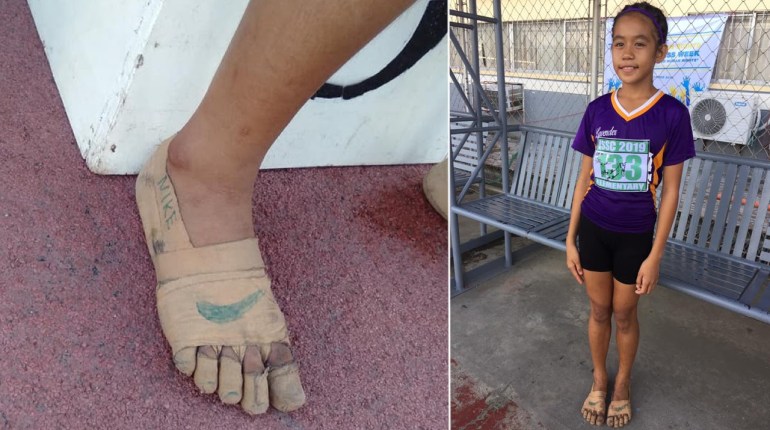 A poverty-stricken schoolgirl won three gold medals at an athletics event – with brown tape wrapped on her feet with a hand-drawn Nike symbol.

Young athlete Rhea Bullos, 11, was competing against youngsters from neighbouring schools, many of them with real spiked track shoes.

But talented Rheastill won the 400m, 800m and 1500m sprints at competition in Iloilo, the Philippines, on December 9.

Rhea said she could not afford proper running shoes so she wrapped gauze tape around her feet and toes. She even drew the Nike logo to resemble the real thing and give a ”more professional look”.

The gauze tape was becoming visibly worn out after every event, but she persevered with her makeshift footwear – winning all of her events.

Pictures of the shoes emerged online and local companies touched by her can-do attitude have now offered to but her a proper pair of spiked athletics boots.

Teacher Ruby Sabandal, who was one of the first people who noticed the tapes on Rhea, said: “It breaks my heart to look at her wearing improvised gauze tape as rubber shoes. She is a really humble girl who deserves the best.”

Rhea has now been receiving offers of gifts from people who have heard of her story. A Philippines professional basketball team coach has even offered to buy her shoes for her next.

However, Rhea is keen that her classmates who competed alongside her should also be given the same benefits.

She said: ”The attention is very nice. But we are a team and we do everything together. I would like us all to benefit, not just me.”

The youngster and her friends had been representing their school in a sports meet organised by the provincial government.event. 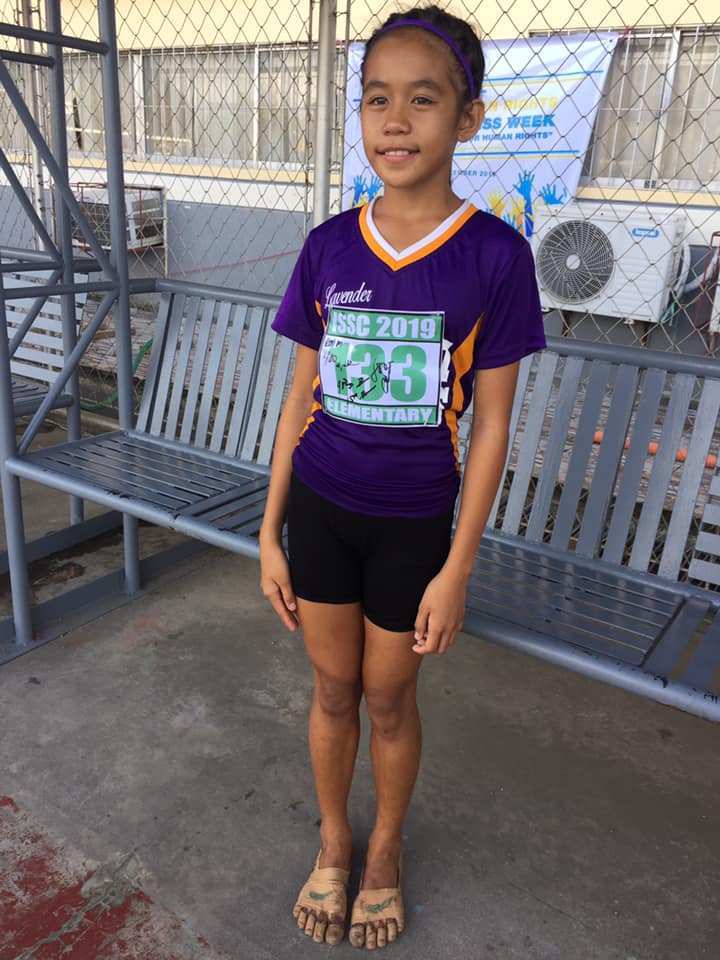 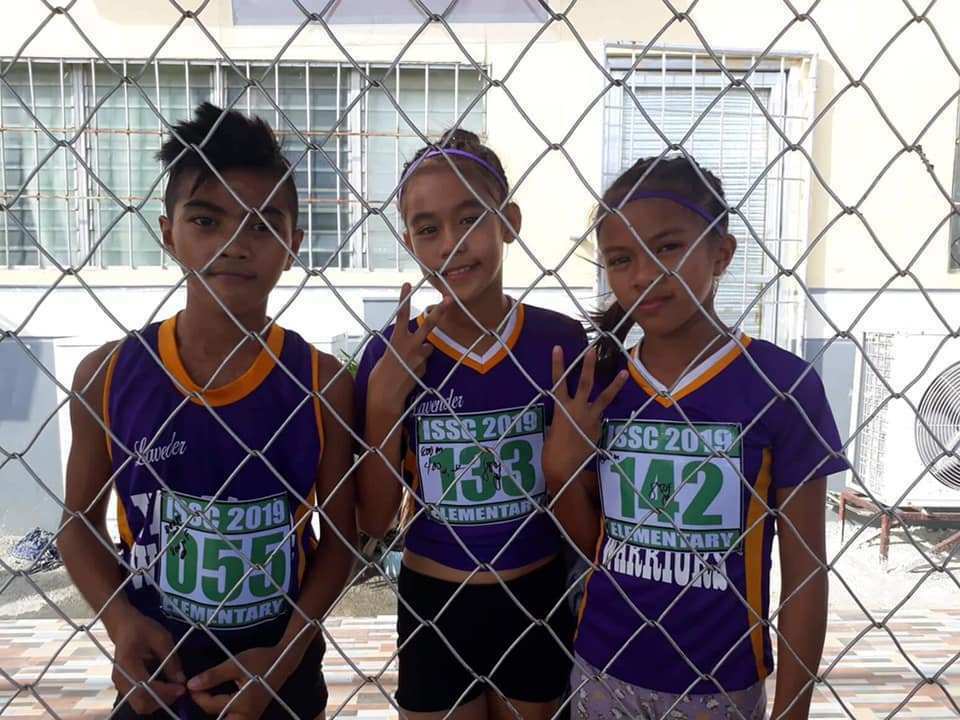 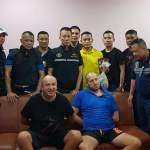 Jetsetting drug brothers brought crashing down to earth by ‘supergrass’