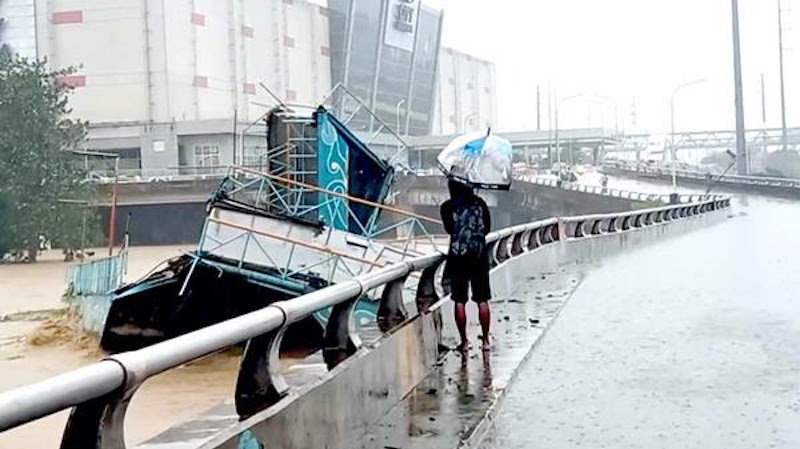 This is the dramatic moment a ferry broke loose during Typhoon Vamco and smashed into a bridge in the Philippines.

The vessel had been used to carry people across the Marikina River in the Metro Manila area of the capital city. However, the river was swollen with fast-flowing muddy torrents when the typhoon made landfall and hit the region on Wednesday evening.

Footage from shows how the ferry broke loose and floated towards a bridge. Shocked locals watched as it crashed into the concrete structure.

Typhoon Vamco, also known as Ulysses, made landfall in the Quezon province on Luzon island on Tuesday evening before leaving the region and moving towards the capital Manila, home to more than two million people, where it made landfall again.

It brought heavy rain and winds of up to 80 mph when it smashed into Manila on Wednesday night.

The Department of the Interior and Local Government (DILG) said that as of Friday, at least 38 people have been killed by typhoon Vamco, or Ulysses, and dozens more are still missing.

The Philippine Atmospheric, Geophysical and Astronomical Services Administration (PAGASA) said Vamco was a Category Two typhoon and made a ‘signal 3’ warning, with signal 5 being the highest.

They warned of ‘’heavy damage to high-risk structures’’ and ‘’increasing damage to old, dilapidated residential structures, and houses of light materials.”

The agency said there would be ‘’widespread disruption of electrical power and communication services”.

The storm comes just over a week after Typhoon Goni, also known as Typhoon Rolly, killed 74 people and destroyed thousands of homes in the Philippines when it made landfall on November 1. 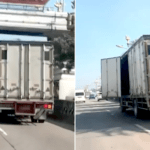 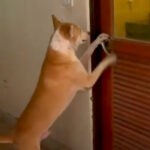