A father reportedly shot and killed his 9-year-old son before turning the gun and killing himself, according to St Petersburg police.

Police responded to the Trellis at the Lakes apartment complex in Florida shortly after 9.45am on Monday, the St Petersburg Police Department said.

The ‘father was not responding to calls or knocks on the door’, said police, according to WTVT.

‘He was spending the weekend with his dad and so she came to pick him up Sunday evening, and that’s when she wasn’t able to get ahold of him,’ St Petersburg police spokeswoman Yolanda Fernandez said.

‘But you know, as often happens with these kinds of civil cases, it could be that the father had him out late or they had gone somewhere.

Who knows, but there was no reason to suspect foul play and we had no authority to forcibly enter the apartment complex or apartment.’

Neighbors did not report hearing anything unusual, Fernandez said.

Police said they had to call the apartment manager to open the door at building 39 of the complex. Once inside, they found Bybee and Andrews with gunshot wounds, WTVT reported.

Preliminary evidence showed that the father shot his son and then shot himself.

Bybee was estranged from his son as well as the boy’s mother, cops said. There is no indication so far that the parents were married.

‘They had been in a contentious custody dispute, but there had been no threats or signs beforehand that it would get to this point,’ Fernandez said. 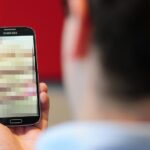 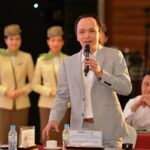