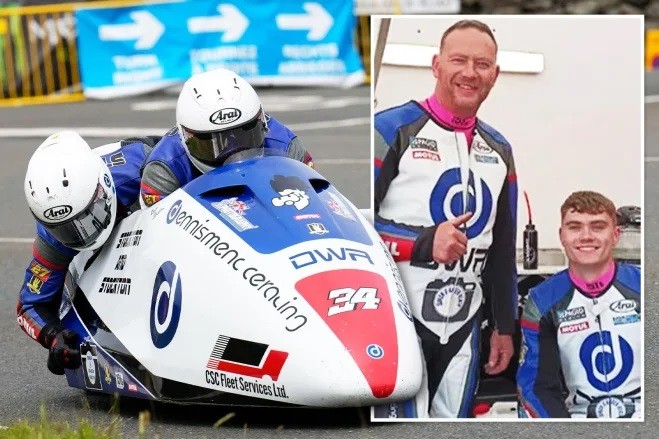 FATHER and son Roger and Bradley Stockton have tragically died following a crash at the Isle of Man TT – with the controversial festival’s death toll now standing at five.

The pair, from Crewe, passed away following an incident at Ago’s Leap during the second lap of Friday’s second sidecar race – having finished eighth in Monday’s first attempt.

They become the fourth and fifth racer’s to die at the Isle of Man TT this year.

They also join Cesar Chanel in dying after a crash at Ago’s Leap – with the French racer being declared dead following a shock mix-up, when team-mate Olivier Lavoral was originally said to be the who had died.

Roger, 56, was an Isle of Man TT veteran, but son Bradley, 21, was taking part in his very first race.

“The incident occurred at Ago’s Leap, just under one mile into the lap.

“Roger and Bradley were father and son, and driver and passenger respectively.”

“In his career, he claimed a total of twelve top-20 finishes and four top-10 finishes, as well as 10 Bronze Replicas.

“Bradley was a newcomer to the TT and finished his first TT race on Monday, securing an impressive 8th-place finish alongside his father.

“2022 was their fifth season racing together, and Roger and Bradley were regular podium finishers and frontrunners in the British F2 Sidecar Cup Championship, finishing second in the championship in 2021.

“The Isle of Man TT Races pass on their deepest sympathy to Roger and Bradley’s families, loved ones, and friends.”

The Stocktons follow Chanal and two others in dying at the festival in recent days. 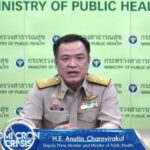 Medics On Alert For Status Shift