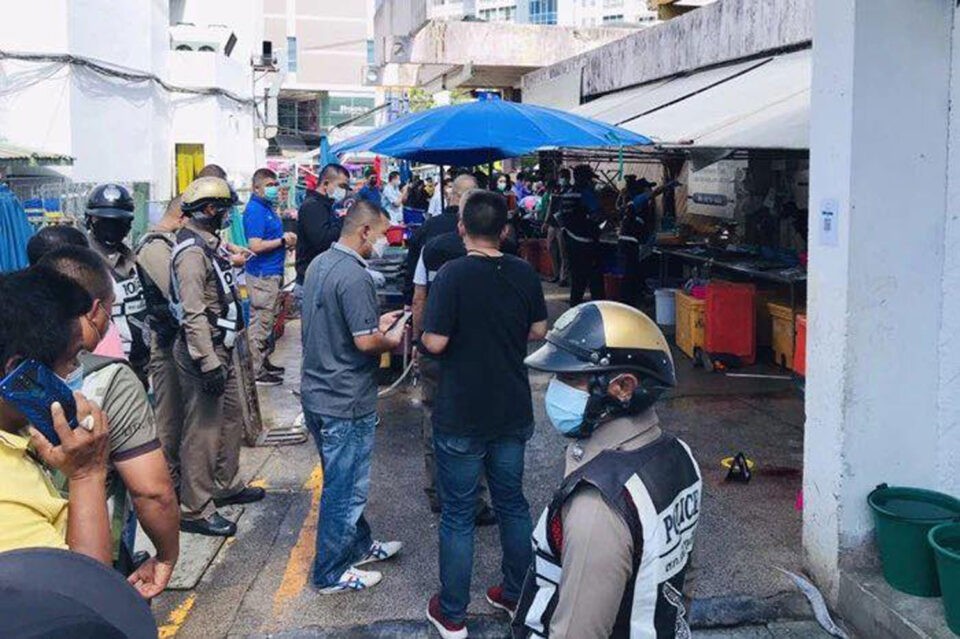 Police have launched a manhunt for a shrimp vendor who allegedly opened fire on a nearby seafood vending stall at a market in downtown Phuket on Friday, killing two people and injuring three others.

The shooting occurred about 10am at Kaset market in Muang district, said police.

Police and rescue workers at the scene saw a man and a woman sustaining serious gunshot wounds and lying near a shrimp stall. Medics performed CPR on them before rushing them to Vachira Phuket Hospital.

Three others – two men and one woman – were also shot and injured. They were rushed to nearby hospitals.

According to investigators, the gunman was identified as shrimp vendor Maneenop Meethong.

The suspect was involved in a quarrel with the owner of a nearby shrimp stall and her family members. He returned home, came back with a gun to open fire on them, and then fled the scene.

Police initially believed the shooting was motivated by a dispute over their fight for customers as they ran a similar business, but other motives have not been ruled out.

Police are now tracking down the gunman. 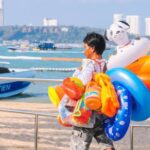 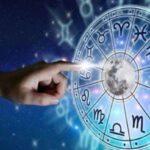