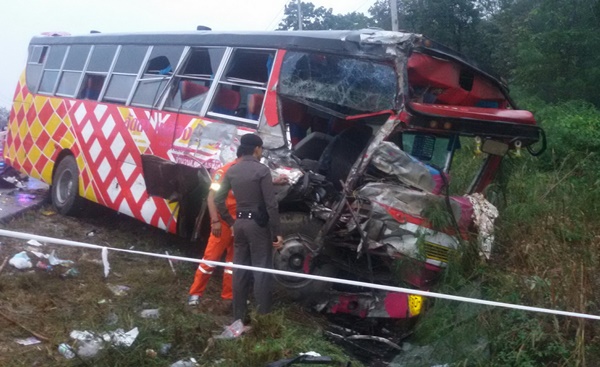 A School Bus has crashed into an 18 wheeler truck

A School bus trying a dangerous overtaking maneuver has crashed into the trailer of an 18 wheeler truck travelling in the opposite direction. All 12 children on board have survived with injuries whilst the driver of the bus, a 50 year old Thai Lady named Ladda Leuangpramuan, later died in hospital.

The footage of the crash was caught by the dash-cam from a vehicle close behind, who managed to avoid the accident. It shows the bus trying to overtake whilst travelling at high speed. We have uploaded the footage to our Facebook.

The young students involved suffered several injuries to the head, legs, and arms, some worse than others, and were all taken to 2 local hospitals to be treated.

Police and emergency services were quickly onto the scene, where they found that the driver’s side of the bus had been completely ripped off and was left in the left hand lane of the road, whilst the bus had veered off into a roadside ditch.

The driver of the 18 wheeler suffered no major injuries, and is now co-operating with police to help with their investigation into the incident.

The children’s families were quickly made aware of the incident and flocked to the 2 local hospitals to make sure their children were all making a full recovery. 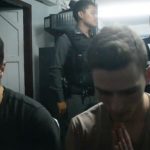 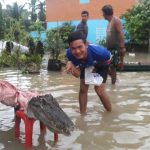