It took a while to get going, but production is finally underway on Fast & Furious 9.

The sequel sees the return of Justin Lin to the director’s chair, who helmed Tokyo Drift, Fast & Furious, Fast Five, and Fast & Furious 6, which put the franchise on course to become a global phenomenon while Lin went off to helm Star Trek Beyond and the first two episodes of True Detective Season 2.

Indeed, the last two installments of the franchise—Furious 7 and Fate of the Furious—both crossed $1 billion at the global box office, making this the rare franchise that is performing best as it ages.

But the development of Fast & Furious 9 was a bit slower going than the other recent Fast & Furious movies, potentially due to the spinoff Hobbs and Shaw.

Indeed, longtime franchise writer Chris Morgan wrote the Dwayne Johnson– and Jason Statham-fronted spinoff, which came about following some on-set bad blood between Johnson and Diesel during the making of Fate of the Furious.

As a result of Johnson’s popularity, the main Fast & Furious franchise was somewhat put on pause to make way for Hobbs and Shaw, and it’s telling that Morgan did not write Fast & Furious 9.

The initial screenplay for this new sequel was written by Daniel Casey, with an unknown female writer also coming onboard as a stipulation of Michelle Rodriguez’s return.

We don’t know much about the plot, but it’s been said that the franchise is due to come to an end with Fast & Furious 10, so we could be in the endgame now.

Johnson will not be returning for Fast & Furious 9, but Diesel enlisted John Cena to come aboard in an unspecified role.

The usual suspects are likely to return—Ludacris, Tyrese Gibson, Nathalie Emmanuel, etc.—but so far we don’t have an official “start of production” press release from Universal nor confirmed cast list.

All we have is the below Instagram video from Diesel, in which he and Rodriguez speak about the first day of filming on the new movie. Check it out below. 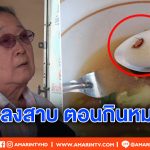 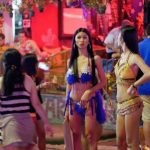