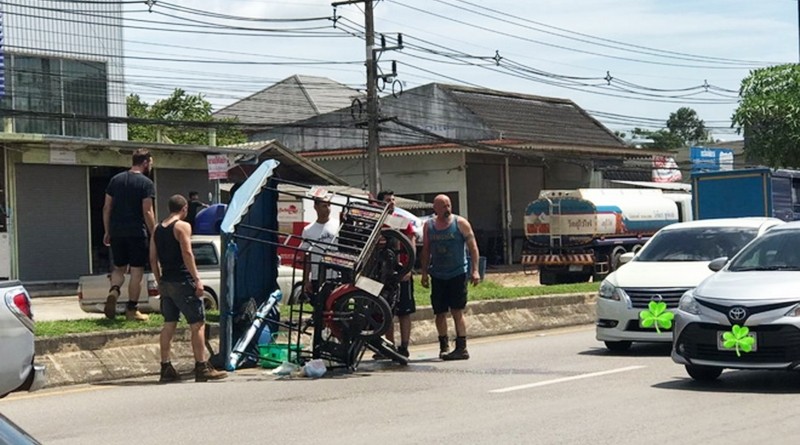 A Facebook User Namtal Paphatchaya Kyokong shared her experience of seeing the movie crew from the famous international film Fast and Furious 9 help save a man involved in a road accident. The Fast 9 crew was filming in Thailand during the time of the accident, they ran to the road and tried their best to help without any hesitation.

Namtal attached a picture of 5 foriegn men standing on the road surrounding a 3 wheeler motorbike that has flipped over. The post captioned “I saw you ran and help people. We really appreciated. I don’t know who you are, but I want to say thankyou. *Pray emoji *Heart emoji #actionvehicleteam”. The location of the post was at Tesco Lotus in the city of Krabi Province.

The footage showed a woman driving the 3 wheeled motorbike. When she arrived at the entrance of Tesco Lotus, a Black Mitsubishi Pajero suddenly came out from Tesco. The woman could not stop her motorbike in time and hit the car. The woman and her motorbike flew up in the air and flipped over.

Right after this happened, a van was exiting the parking lot of Tesco. The van stopped as the driver saw what had just happened. 5 foreign men ran out of the van directly to the woman stuck in the middle of the road. When the woman got out, the insurance representative of the Black Mitsubishi car told the men that they could not help flip over the motorbike. The 5 men then went back on the van and left Tesco Lotus.

Namtal the owner of the Facebook Post who shared her experience was leaving Tesco after the accident had already taken place. Namtal parked her car and was on her way to help the woman involved in the accident, this is when the van parked and the 5 men came running out to help. Namtal remembers that on the side of the van was a large sticker that said “Action Vehicle Team”.

Thai Netizens and the locals in the area truly appreciate how the foreigners came running to help Thai citizens without any hesitation. Many even promised to help foreigners and tourists whenever they can as a sign of good friendship.

Turns out, the 5 men belonged to the Fast and Furious 9 movie crew. They are responsible for setting up the action scene with action vehicles. The crew were dining inside a restaurant located in Tesco Lotus and happened to be leaving when the accident took place. 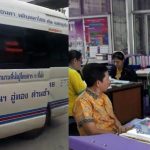 Van Driver fined for overloading and fighting with passengers 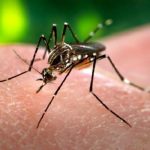