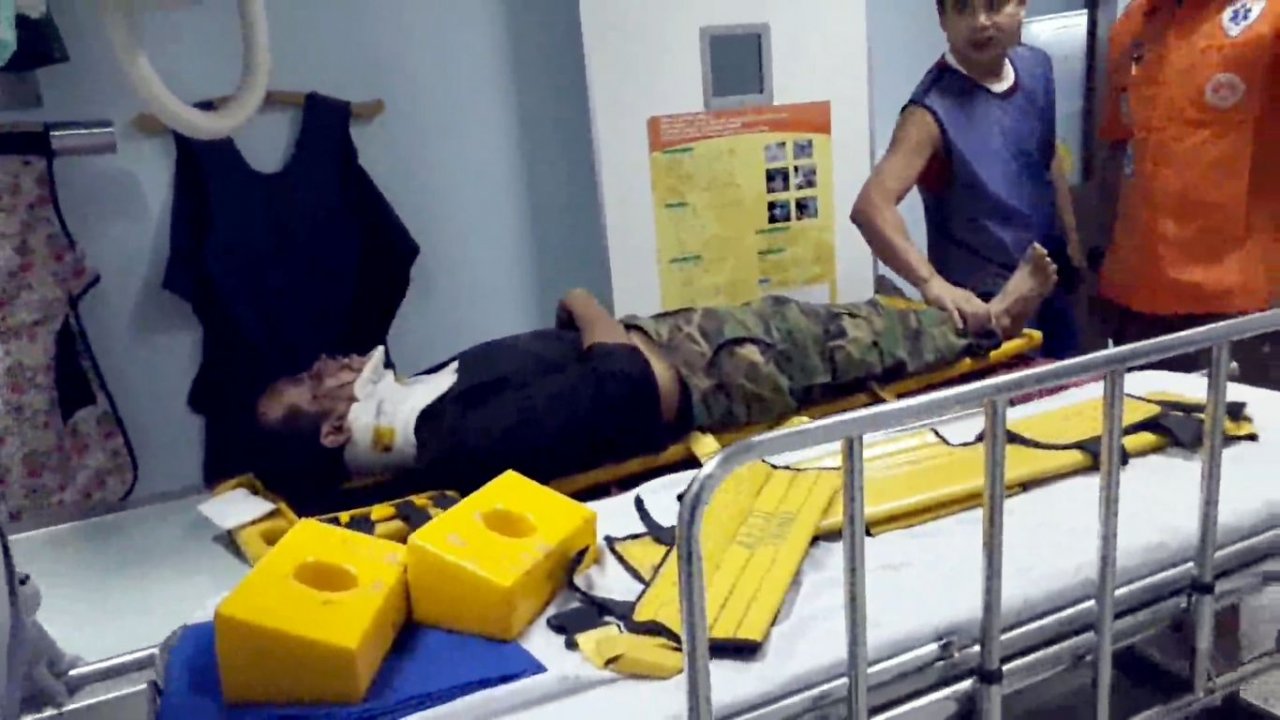 A farm worker in Prachuap Khiri Khan’s Kui Buri district said he escaped death when attacked by a wild elephant on Tuesday evening by playing dead.

Wannachai Nonwicha, 31, suffered a 7-centimetre wound to his forehead and internal abdominal bleeding. No bones were broken.

He was rushed to Kui Buri Hospital at 8.40pm and then forwarded to the provincial hospital because of the internal injuries.

Wannachai said that he was checking the rubber plantation of his employer at 6.30pm and found that a low-voltage wire for preventing wild elephants from coming into the plantation was broken and so tried to fix it.

While he worked on the wire, he said, a wild elephant charged him and hit him, hurling him against bamboo trees.

He said the elephant then stepped on his back and so he laid still, pretending to die and the elephant walked away. He later returned to the village to seek help.

Mark KellyFebruary 16, 2020
A music teacher’s licence was suspended after he was accused of molesting and raping a...
END_OF_DOCUMENT_TOKEN_TO_BE_REPLACED